Vetrina Toscana is renewed, there will be an ad hoc campaign on food and wine tourism in autumn

If it was the case that in the past, consuming food and wine was above all the main attraction for tourists, today the driving force is a more complex and evolved food and wine tourism, composed of experiences that are linked to the landscape for example (and its safeguarding, through the sustainability of agricultural and processing activities) or tied with the territory and its cultural vocations. Enogastronomy is the essence of responsible and sustainable tourism.

“Vetrina Toscana“, formed in 2000, is renewed. It was discussed this morning in the Limonaia of the Stibbert Museum in Florence, on the hills a stone’s throw from the city center during an event dedicated to travel and taste promoted by the Region together with Toscana Promozione Turistica, Fondazione Sistema Toscana and Unioncamere Toscana.

“It’s a beautiful goal to promote one’s territory – underlines the president of the Region, Eugenio Giani, – Food and wine is part of our culture. Each dish represents a territory and therefore revelals part of who we are. It can therefore be a driving force to promote our region abroad and also at home“.

The territorial marketing project of “Vetrina Toscana” turns twenty-one this year, and has always been under the direction of the Region and Unioncamere, with the intent of combining tourism, retail trade, culture and agricultural production and the formation of dedicated itineraries with an ad hoc communication campaign. It’s a network of over a thousand restaurants, 320 shops and more than three hundred producers. The European Commission has selected “Vetrina Toscana” as a ‘success story’. At the conference in the Limonaia of the Stibbert Museum, perhaps among the lesser known in the city but no less interesting, formed from the collections of an English eccentric of Tuscan origins who lived in the nineteenth century, there were representatives of each entity, entrepreneurs and professionals.

“Vetrina Toscana was a great intuition and we want to make it the vehicle and tool for Tuscan food and wine tourism in every occasion and context, be it digital or physical, in Italy by welcoming visitors and in promotional events abroad…An instrument that has the great added value of allowing us, above all, to create community” explains the councilor for regional tourism and economy, Leonardo Marras.

Up until now, to become part of “Vetrina Toscana” it was necessary to sign a policy document, an approach similar to that of production consortia. The Councilor explains, “Participation is through the signing of a manifesto of the values ​​that we have developed that now allows the ethical choice and territorial identity come to the forefront“.

The manifesto is a handbook which the operators will undertake to make tourists understand, also through food, where they are, with a clear commitment to respecting and promoting the territory, the culinary history of the region, and its landscape as a common good to be protected, as well as dedication to ‘non-waste’ and to typical, seasonal cuisine with faith in the value of quality and in the wealth constituted by the environment that surrounds us, by culture, by history and by the products that make each territory unique.

From now on, farmhouses, wineries, oil mills and all production companies that allow ‘experiences’ will be able to become part of “Vetrina Toscana, with a strengthening of the interaction between the agricultural sector and that of commerce.

Councilor for agriculture, Stefania Saccardi explains “In Tuscany, farmhouses now boast structures of the highest quality and hospitality made with great care for those who want to get to know a territory in depth“. This is the ideology proposed by Vetrina Toscana, like experiential tourism in general. It’s the opposite of ‘hit and run’ type tourism. Saccardi continues, “Our companies reveal their history, their values, their family and the traditions from which they came. In this way, they not only transmit the quality of Tuscan products but also the profound values ​​that are part of the history of our region: good living and healthy eating, for which we often come to Tuscany…In this sense, food and wine can also promote culture, in the broadest sense of the term, and “Vetrina Toscana” is part of our team in this“.

The evolution of the project presented today, which is linked to the promotion campaign “Tuscany, never-ending Renaissance” was curated by Fondazione Sistema Toscana and began with the restyling of the logo to achieve greater integration within the Visit Tuscany destination site. Toscana Promozione Turistica has also worked on the relaunch project.

When you travel and eat, it’s like taking a journey within a journey and this will be the basis for Vetrina’s new communication campaign which will start in autumn, curated by Fondazione Sistema Toscana. The concept is a journey between tradition and contemporaneity. To explore Tuscany outside the regional borders, a dialogue with others will also be organized, such as with Langhe, Monferrato and Roero in Piedmont, Parma in Emilia Romagna, and with Campania.

To synthesize the projects presented this morning, there were tastings of a selection of oils and a lunch that honoured many Tuscan traditions. There was also data to trace the experiences of others that increasingly crowd the Internet and guide the choices of other tourists as a way to visit, in a virtual way, with four stores that are part of Vetrina Toscana telling their stories.

Andrea Falaschi of the Sergio Falaschi Macelleria in San Miniato in the province of Pisa, is the fourth generation of his family behind the counter, and the perfect example of local tradition that has risen to global success, listed among the fifty best shops in the world by the Financial Times.

Fabio Baroncini and his “Bottega del Gusto – Cibo Vino” in Livorno opened onto the seafront during the health emergency and added to the Osteria they already owned at the Vettovaglie market, explaining how local gastronomy is the fruit of the history of the city, with a mixture of flavours, traditions and cultures which in Livorno, thanks to the Leghorn laws of the late sixteenth century of the Tuscan Grand Duke Ferdinando I, have always coexisted together. In this way, the store allows you to not only experience food and wine, but also emotions and stories.

Alessandro Franzetti’s “Etico shop” recently opened in San Casciano in Val di Pesa in the province of Florence. It’s most certainly projected into the digital future and uses new technologies to help small producers to narrate the stories of their products, giving the customer a real experience, using a QR code to be framed with smartphones.

Finally, there’s Marco Olmetti’s story, chef at the Osteria Pepenero in Portoferraio on Elba island. He speaks of the rediscovery of local tourism after the pandemic, but also of sustainability. With the “Food for Trash: walk and clean” project, he invited friends and customers to collect everything that pollutes the environment during their walks, giving away a gourmet couple’s dinner, based, of course, on seasonal and local products. 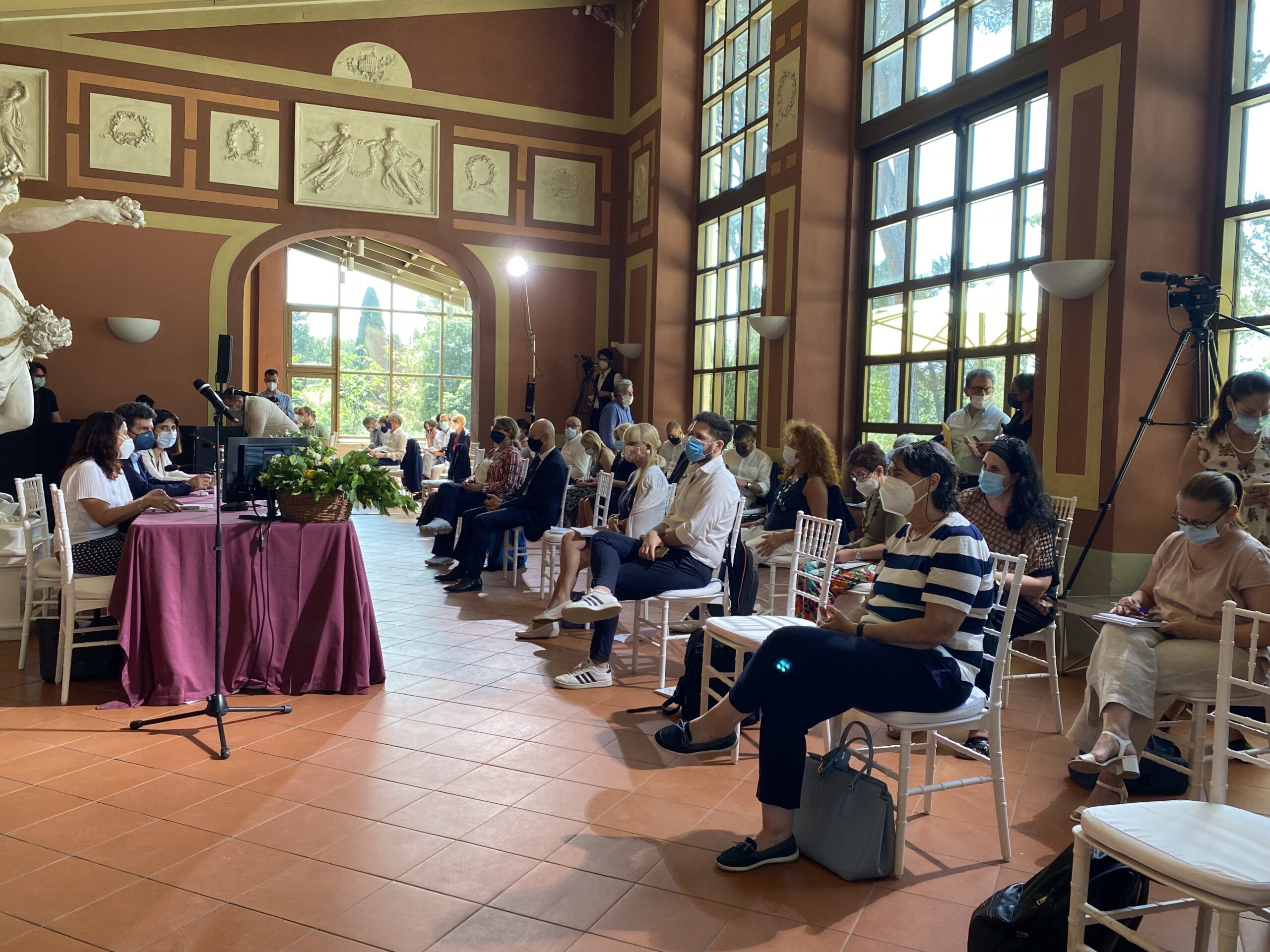