Tuscany, the art of flavour

The final event of the Year of Italian Food

Monday, December 3, at Santa Maria della Scala in Siena, Tuscany will draw the Year of Food to a close with the event “Tuscany, the art of flavour, the flavour of art,” a day dedicated to the “treasures” of tourism: art, culture, food and wine and the territory.

The highlight of the event will be the Keynote Address by the art historian Philippe Daverio, titled “The art of flavour and living in Tuscany,” and will take place in an exceptional location: the Pellegrinaio, home to one of the most important fresco cycles from 15th-century Siena, depicting scenes of everyday life and representing an extraordinary historic and artistic documentation of the past.

Vetrina Toscana’s chefs will talk about some of their experiences that attest to the incredible bond between art, culture, territory and food and wine. Speakers include Roberto Rossi, owner of the restaurant Silene and service manager for the Spoerri Garden, who will speak about the territorial dimension of culture; Filippo Saporiti, who will talk about integration and reciprocal valorization between museums and restaurants, citing the example of the Villa Bardini Museum and Garden and the restaurant La Leggenda dei Frati; and Christian Borchi, of Antica Porta di Levante in Vicchio, will discuss the culture and typical products of small villages.

Food and wine tourism will be another theme of the event, connected to which professor Roberta Garibali, from the University of Beragmo, will illustrate some national and international trends.

The afternoon will be dedicated to communicating food and wine, with “From storytelling to menus: the art of narration,” and “Comparing best practices in the Bel Paese,” during which Sicily, Piedmont and Tuscany will talk about the themes of art and food and wine.

Entrance to the event is free upon registration (artex@artex.firenze.it).

Here’s the full schedule of the event! 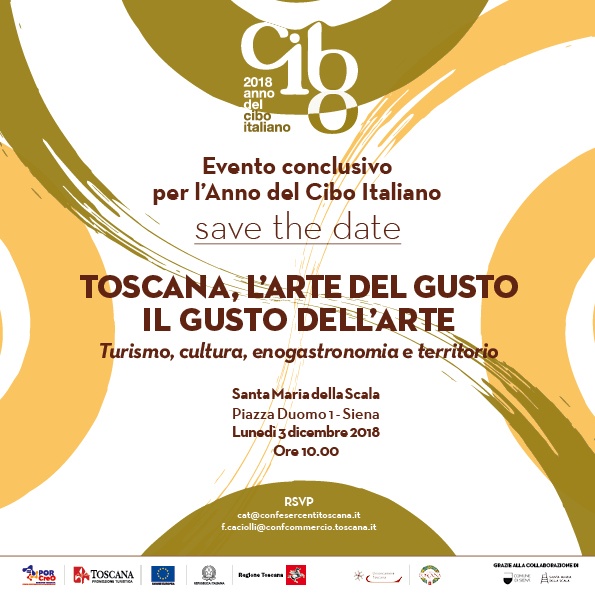