On October 30 and 31, public establishments turn protagonists for a day of urban trekking

These are just some of the dishes that can be found in the 23 places that are participating in 17 of Siena’s streets and squares known as the “Strade Gialle” (Yellow Roads). Thanks to the restaurants and public establishments in Siena, “StradeGialle – pumpkin and the flavors of autumn” is back. For this fifth edition, it will be combined with urban trekking. After the debut in 2016, the formula is adopted again this year in total safety. In fact, participating restaurateurs will not exhibit at stalls outside. It will be possible to participate by entering the restaurant, seated at a table, according to the permitted rules and in full compliance with Covid regulations. It will also be possible to take away.

On Friday 30 and Saturday 31 October 2020, from 12 noon to 6 pm you can find the Strade Gialle dish in Via Banchi di sopra 75, at the Gastronomia Morbidi with yellow pumpkin caponatina, pan-fried focaccia and cooked cheek. In Via Banchi di sotto 39 at the Bottega del caffe’, there will be a sandwich with walnuts and smoked sausage with gorgonzola sauce, gingerbread beer from the San Quirico brewery and San Quirico craft beer on tap. In Via Camollia 49, at Ristorante Enzo, you can have ricotta and yellow pumpkin gnocchi au gratin with black cabbage, ham and pecorino di fossa, yellow pumpkin soup with octopus, squid and cuttlefish. In Via Camollia 102, at Trattoria Fontegiusta, Tortello with ricotta and spinach with yellow pumpkin sauce and cacio pientino. In Via Camollia 167 at Osteria il Vinaio, yellow pumpkin crostone with gorgonzola and walnuts, gnocco with yellow pumpkin, leek and sausage with pecorino fondue baked capocollo with diced yellow squash with rosemary. In Via Camporegio 1, al Masgalano, Pumpkin with cruschi peppers. Also, in Via Dupré 2, at the Trattoria La Porticina, fried porcini and fried polenta, chestnuts and mulled wine. In Via Fiorentina 13 at Ristorante Il Jolly, yellow pumpkin and sausage pici. In Via della Galluzza 26 at the Santa Caterina Da Bagoga restaurant, Sliced ​​pork with yellow squash. In Via della Galluzza 34 at the Osteria Degli Svitati, Etruscan meatballs in tomato sauce with tarragon. In Vicolo della Manna 13 at Fabbrica Bader there will be Cecina, castagnaccio, fried cod with yellow pumpkin purée and bader beer. In Via Massetana 64 at Ristorante da Michele, homemade Tagliatellina with chestnut flour with hare ragù. Returning to the center, in Piazza del Campo 34, at the Ristorante Alla Speranza, cream of yellow squash and amaretti / pizza with multi-cereal dough with yellow squash and bacon, and in Piazza Matteotti 32, at the Ristorante Bar La Favorita, Ossobuco alla Senese. In Via Pantaneto 81 from Pastazuf, Yellow pumpkin soup – yellow pumpkin sandwich with sausage and in Via Pantaneto 115 at Sosta Di Violante, Yellow pumpkin soup with crunchy bread. In Via Peruzzi 26, at Il Particolare Di Siena, delicate pumpkin and passion fruit. In Via dei Rossi 2, at the restaurant Il Sasso, Lampredotto di mare, in Via dei Rossi 69/73 at Piripi ‘Urban Food, Panuozzo yellow pumpkin, truffle cream, fried sausage pizza yellow pumpkin and burrata ciaccino, yellow pumpkin, smoked scamorza and speck, yellow pumpkin pizza, buffalo mozzarella, ‘nduja and sausage. And in Via dei Rossi 107, from Gusti Continentali, Panino with peposo del Chianti and meatballs alla Siena. In Vicolo di San Paolo 2, at the San Paolo Pub, sandwich with finocchiona and pecorino cheese and beer. In Via delle Terme 86 at Rombo & Vas, Schiaccia and porchetta. Finally, in Strada Pian del Lago 31 at the Ristorante Pizzeria La Miniera, Miner’s fish and chips, fried Roman supplì, cod, fried courgette flowers with seasonal vegetables.

Drinks will be allowed until 6 pm at the table inside each venue until the maximum capacity is reached according to the preventative measures. It will also be possible to take-away at venues equipped to do so. Takeaway only from 6pm to midnight in equipped venues, without stopping inside or near the premises.

The details of the venues and their respective proposals can be found on the Facebook pages of Confesercenti and Confcommercio Siena, or through the hashtag “stradegialle”, while the itineraries of the National Day of Urban Trekking are available on www.trekkingurbano.info.

Strade gialle – Pumpkin and autumn flavors is an the initiative of Confesercenti – Confcommercio Siena, included in the program of the National Day of Urban Trekking. The initiative has the support of Vetrina Toscana, a project of the Region and Union Camere Toscana which promotes restaurants and shops that use local products. For the 2020 edition, Strade Gialle received contributions from the Arezzo Siena Chamber of Commerce and the patronage of the Municipality of Siena. 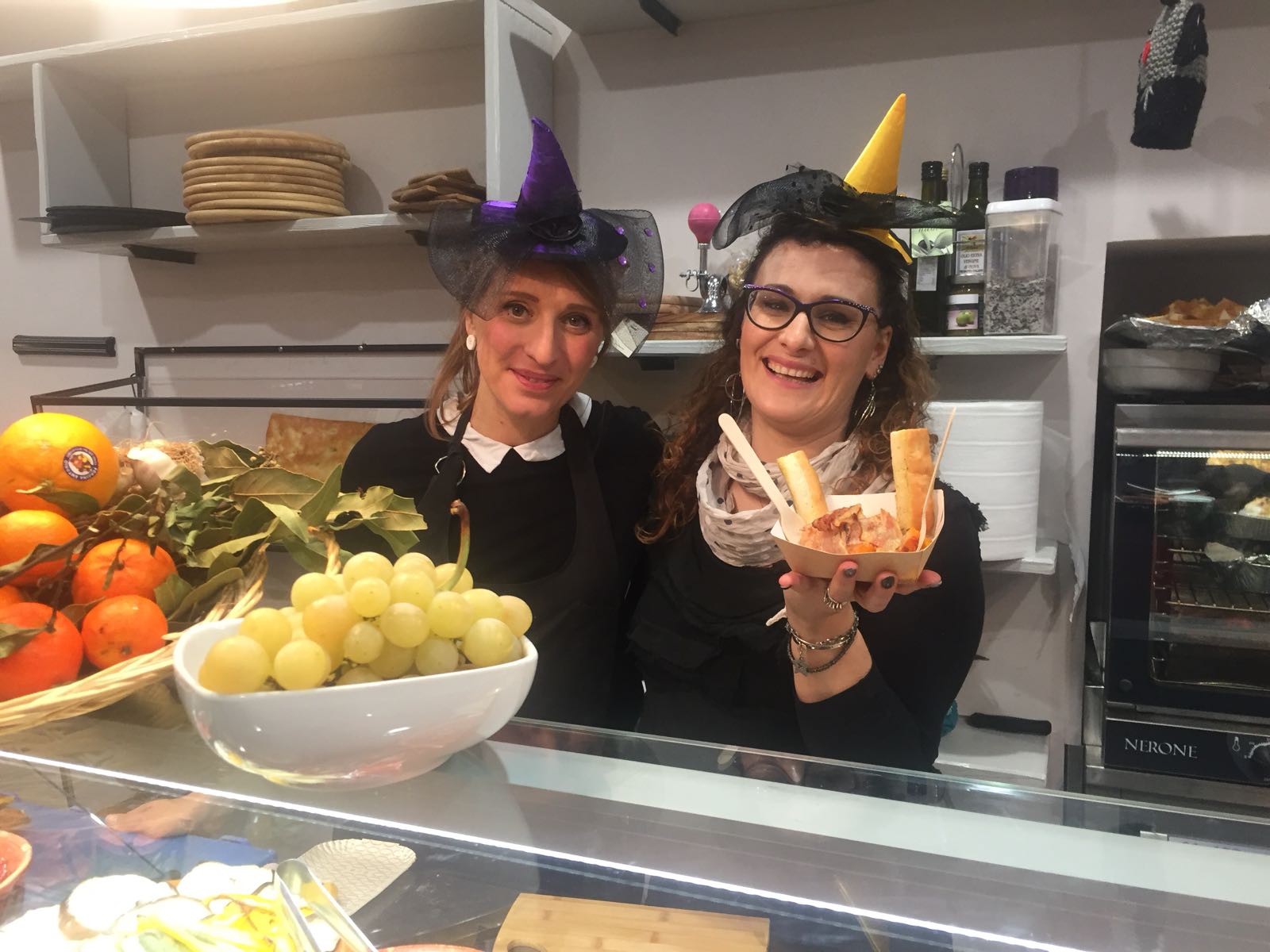