An itinerary through the Pistoia area, amidst flavour and history

Bringing together the history of a place with the culinary traditions that characterize it: this is the objective of “Storie Segrete & Soavi Sapori,” the initiative organized by Confesercenti Pistoia with a contribution from the Pistoia Chamber of Commerce and Vetrina Toscana, the project by the Region of Tuscany and Unioncamere Toscana that promotes restaurants and shops that use local typical products.

In this third edition of “Storie Segrete & Soavi Sapori,” there are nine itineraries between September and December throughout the Pistoia area. The empassioned “secret stories” of lesser-known places of our territory will be told during the itineraries by professional guides from the Centro Guide Turismo Pistoia, while the “pleasing flavours” can be tasted in the restaurants belonging to the Vetrina Toscana network that are in the cities and towns visited during the event, which will offer complete menus with traditional Tuscan dishes made using local products. The initiative is the perfect combination of food, history, fun facts and nature, all while discovering places that are often on accessible to the public but which will be open specifically for the event. All the itineraries will cost between 20 and 30 euro and will include the guided tour and a complete lunch or dinner.

The next Storie Segrete & Soavi Sapori itinerary is The Paper Trail to Pescia on Sunday, October 22which will bring participants on a discovery of the production of “handmade paper” in the Pescia area, with a typical Tuscan lunch at the restaurant San Lorenzo. Participants will learn about the importance and evolution of paper production, which has been a strong industry in the area since the late 15th century. The tour will visit the Paper Museum in Pescia, which has become a priceless reference point for restorers, scholars and bibliophiles from all over the world, a place that protects and passes down the great art of paper masters through the conservation of its priceless collection of watermarks, including the effigies of Napoleon and Marie Louise of Austria (1812) and period tools and machinery used to produce handmade paper.

The tour continues to the historic Stamperia Benedetti, whose operations were tied to the centuries-old local tradition of papermaking and where visitors can admire a display of historic printing machines and printed publications made on the printing press from the 1800s to today.

The itinerary ends with lunch at the restaurant San Lorenzo, which is found on the Paper Trail.

On Sunday, October 27, the itinerary will be dedicated to Music and Sweets in Pistoia: an itinerary dedicated to sweets and music with a typical Tuscan lunch at the restaurant Le Chiavi d’oro in Pistoia.

The tour will include a visit to the Corsini Confectionery, which has been making a type of Pistoiese sweet known as “birignoccoluti” since 1918, using traditional techniques. The visit will continue to the Church of S. Ignazio di Loyola, built thanks to the patronage of the Rospigliosi family and which still conserves the two famous Hermans e Ghilardi organs as well as priceless Baroque artworks. Next, the group will move into the rooms adjacent to the church, where Maestro Pineschi will introduce participants to the history of the musical instruments in the Accademia di Musica Antica Giuseppe Gherardeschi’s collection; the group will also be able to listen to some music performed on the period instruments.

Vitner tour in Pistoia: searching for wine windows. On Sunday, November 10, the itinerary will actually be a game through the streets of Pistoia, along with a typical Tuscan lunch. The educational activity in the historic centre will entail a search for “wine windows,” curious openings on the sides of buildings that were historically used to sell wine on the public street, found in a large number of cities in northern Tuscany, Pistoia included. Participants will need to find all the windows in the least amount of time possible, taking care not to be impeded too much by the figures met along the way, who might distract participants by offering a glass of wine produced by local wineries. After the game, participants will enjoy lunch at a restaurant in the city.

The wonders of the Capitular Library in Pescia and hidden secrets of the cathedral. On Sunday, November 17, the itinerary will go in search of the wonders of Pescia with typical local dishes and products and a lunch at the restaurant La Trattoria. The cathedral in Pescia is a renowned Baroque construction within a medieval “shell”. The façade, in the late Mannerist style, dates to the early 1900s. The current restoration will end by next summer and will exalt the beauty of the artworks inside the church, all made thanks to the patronage of the most important local families. The Turini Chapel is tied to a veritable “mystery”: the arrival of an artwork by Raphael and its later removal and transfer (despite protests by locals) to Florence. The adjacent Capitular Library is splendid, built thanks to the bequest of Cardinal Romualdo Cecchi in 1648 and enriched with sculptures, paintings and period furniture. The library’s collection will leave visitors breathless. The original nucleus of the collection grew through donations between the 17th and 19th centuries, so much so that it is one of the greatest prides of the beautiful city of Pescia. During the tour, there will also be a visit to the Bertiarti workshop, where participants will taste local products and receive cookies made on site in shape of Pinocchio. The itinerary will end with a lunch at La Trattoria, which serves typical dishes made in Pescia.

On Sunday, December 1, the event will move to Papiano for The American’s Villa, an itinerary exploring the uniqueness and eccentricity of the villa and the tradition of Tuscan places and flavours. In the mid-1800s, the American noblewoman Laura Towne Merrick, who had previously lived in Florence for a few years, bought and renovated the villa in Papiano to make it her summer residence. The building became known by locals as “the American’s villa”. Laura Towne Merrick usually spent her time here in the company of guests and taking up her numerous interests: photography, antiquing and collecting, as well as philanthropy that benefitted the town’s locals. The villa, which still conserves intact the furniture, decorations and original collections is a priceless testimony of the eccentric personality of its owner. Following the visit to the villa, the group will walk around the village of Porciano, with a tour of the Church of San Giorgio and the Museum of Rural Traditions, managed by the town’s Pro Loco. At the end of the itinerary, there will be a typical Tuscan lunch in Lamporecchio.

“C’enno i pesci’ani anch’a Pistoia!” – an evening of poetry in the Pistoiese vernacular is planned for Thursday, December 12. The poems, accompanied by a slideshow of images of th city in the early 1900s, will be read during a dinner at the restaurant Meglio Palaia. After a tasty dinner of typical Tuscan, the group will be transported on a thrilling journey back in time to Pistoia 100 years ago, through sonnets by Sebastiano Frossini, Enrico Bruni, Giulio Fiorini and other anonymous poets published in the local newspapers and magazines in the first half of the 20th century. The poems are satirical texts that spare nothing and no one: priests and saints, governors and politicians, to say nothing of wives and mother-in-laws! 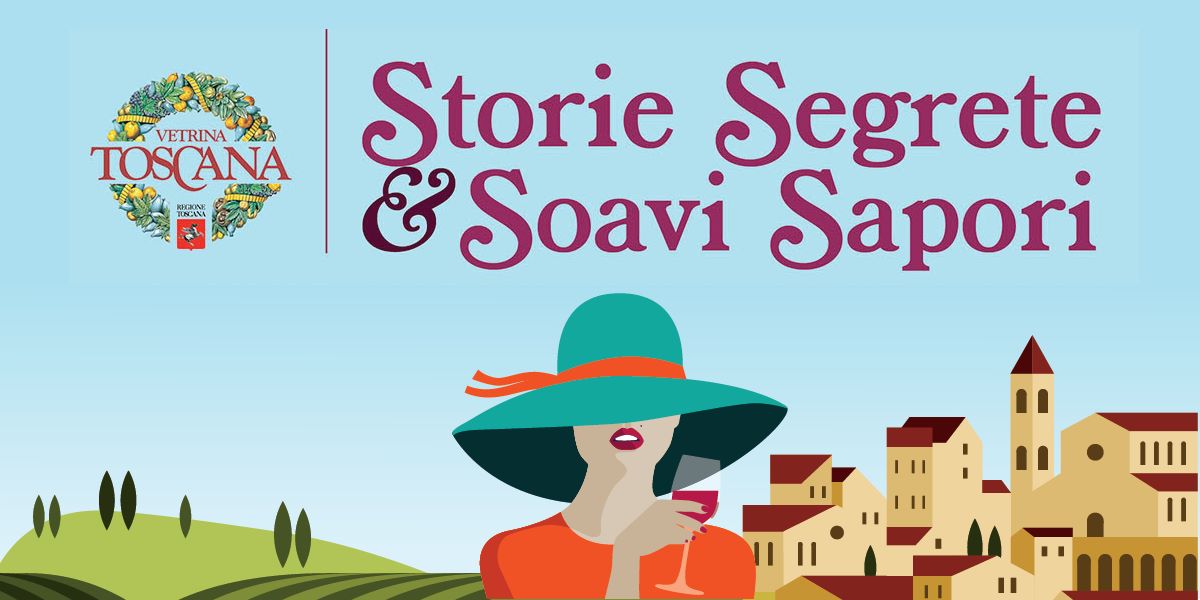