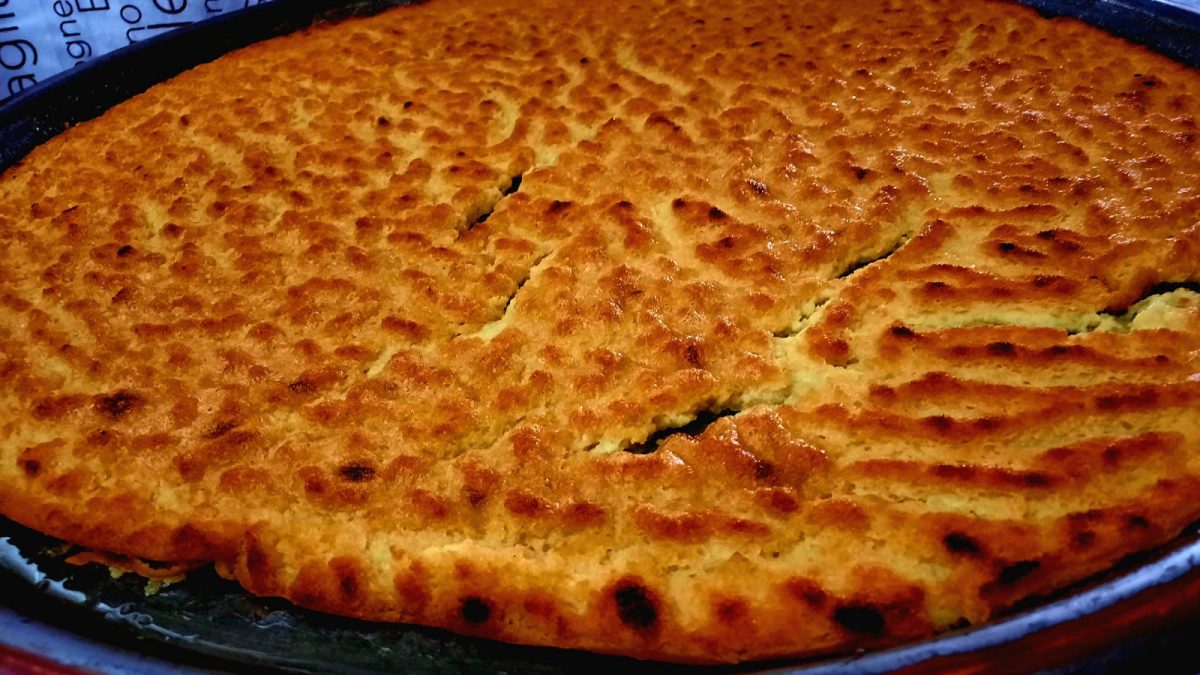 A very ancient recipe, it has several names in Tuscany: “calda calda” in Carrara, “cecina” in Versilia, “farinata di ceci” in other places, but it reaches its climax in Livorno, where the chickpea cake, eaten inside a sandwich or focaccia, is called “5 e 5”: the quintessential street food when enjoyed with a glass of “spuma bionda” soda.

Chickpea cake is best when baked in a wood-fired oven and over an open flame, but it can also be made at home: this is the recipe for a 90 cm baking tray, obviously, the proportions should be adapted to the size of the tray itself. What is important in any case is that the mixture does not exceed half a cm of liquid on the baking tray.

Place the chickpea flour in a large bowl.

Add the water and salt and stir with a whisk until well mixed. Cover with a plate.

From time to time stir the mixture again and remove any foam that may have developed.

Leave to rest for at least an hour, preferably longer.

Heat the oven to 220 °C, and pour the oil into a large, round baking tray, forming a thin layer of about one millimetre.

Pour the water and flour mixture into the baking tray, after mixing it.

Using a wooden spoon, evenly distribute the oil that will have risen to the surface, but without touching the bottom so as to leave the veil of oil covering the bottom surface intact.

Bake for 35-40 minutes until the surface is golden brown and almost hazelnut in colour.

Serve hot fresh from the oven with a dash of ground pepper.