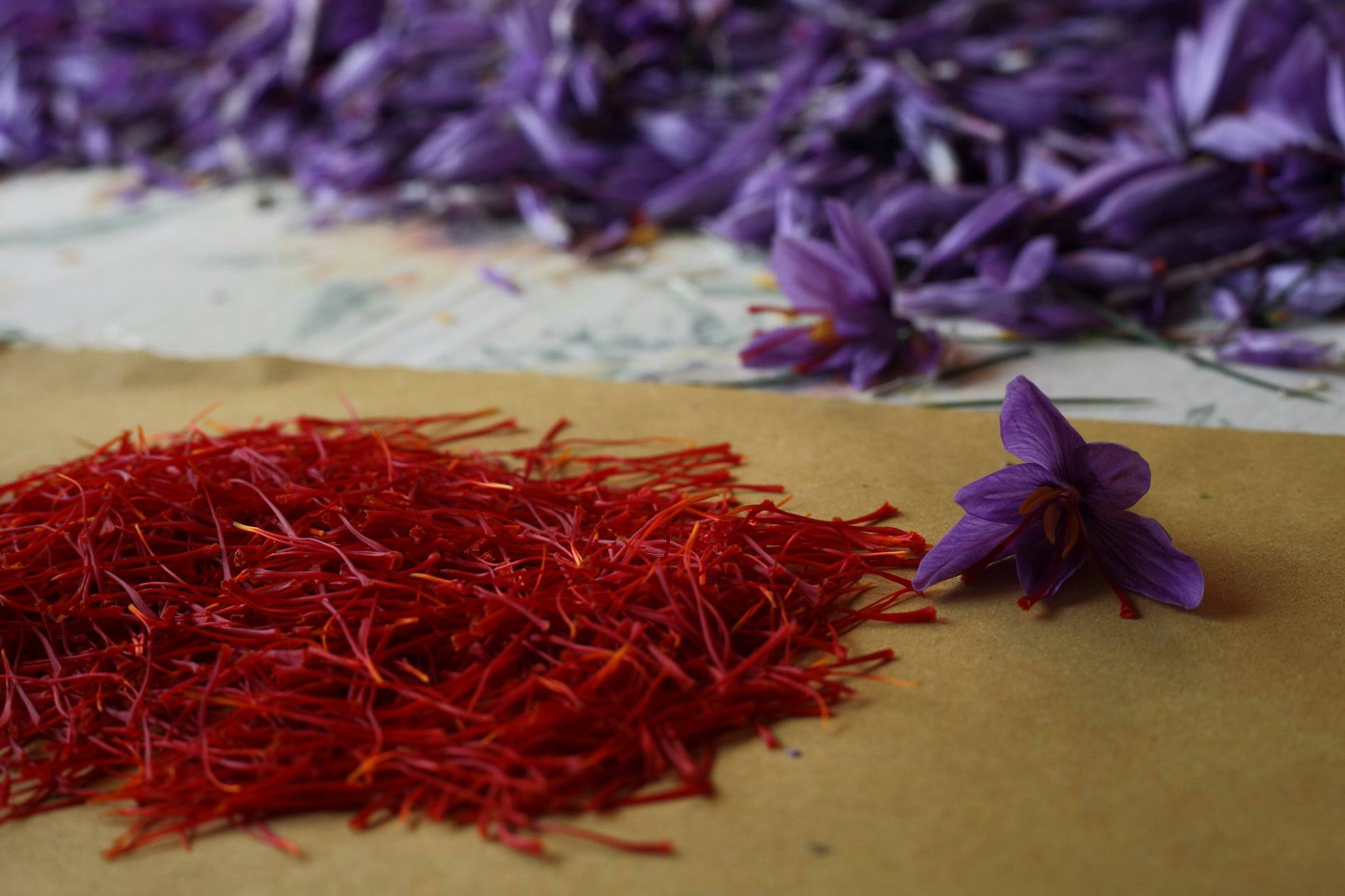 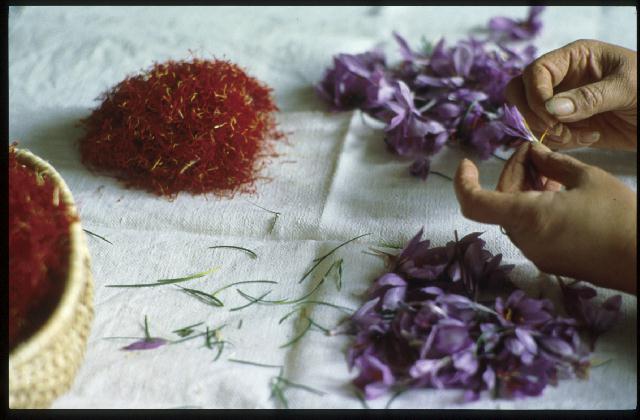 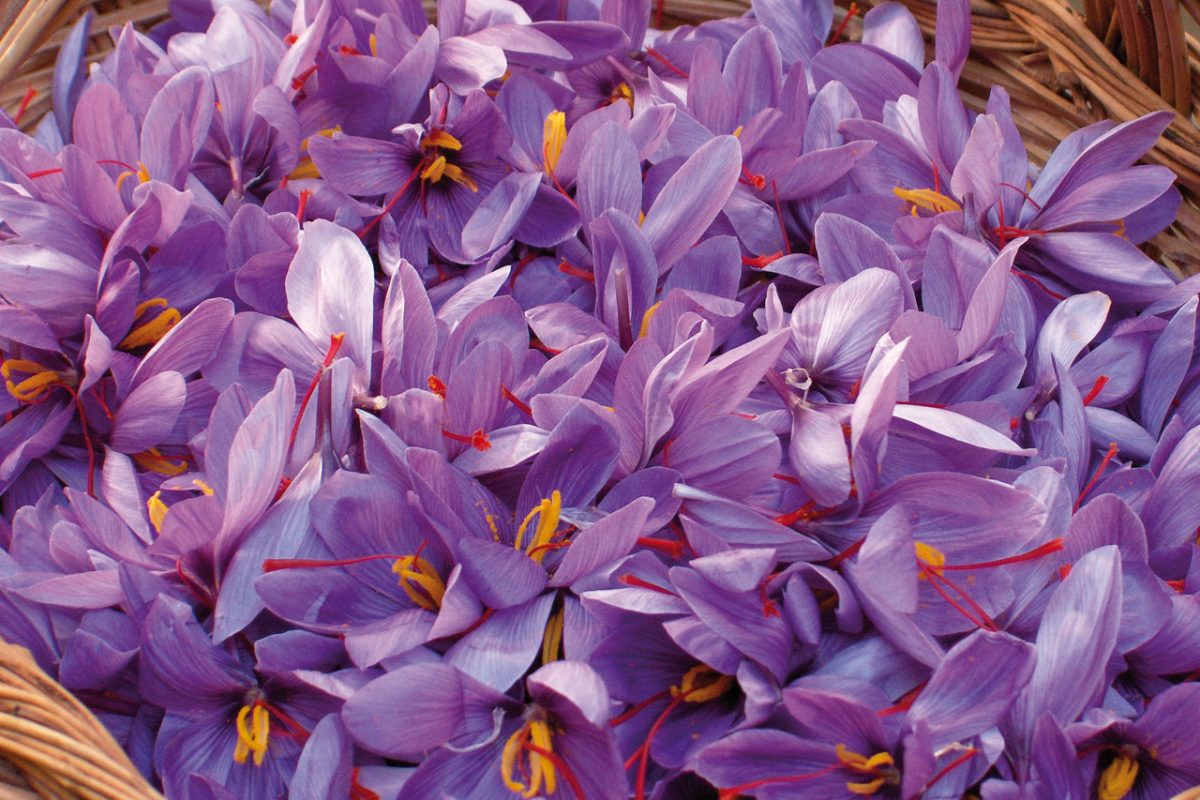 There are numerous testimonials, dating back as far as the 13th century, that attest to this product’s origins in San Gimignano. The quality and fame of Zafferano di San Gimignano so early is documented not only by the significant exportation of the product to other areas in Italy (e.g. Pisa, 1238; Genoa, 1291), but also by its movement toward the Orient and Africa (Alessandria and Damietta in Egypt; Tunis, Tunisia; Israel; Tripoli, Libia; and Aleppo, Syria between 1221 and 1247). The earnings derived from saffron were so elevated as to bring great wealth to various households, some of whom – according to various sources – decided to employ the funds to construct the towers for which the city is famous. Often saffron appeared among lists of gifts: in 1241, for example, the municipality sent 25 pounds of it to Emperor Frederick II who was camped in the vicinity. The historical documentation regarding cultivation of the crocus (common name for crocus sativus) at San Gimignano is particularly rich, in fact it is possible to reconstruct the actual location of the plots involved.

Various sources confirm that from the 13th century saffron was not only used in the kitchen but also as a dye, for medicinal purposes, and in painting. It is mentioned in Medieval documents dealing with finances and contracts, as well as in laws and municipal regulations. There are numerous writings regarding its traditional cultivation; some examples from a rich bibliography include: A. Petino, “Lo zafferano nell’economia del Medioevo”, pg 172; D. Abulafia, “Crociati e zafferano”; E. Fiumi, “Storia economica e sociale di S. Gimignano”; V.R. Ciasca, “L’arte dei medici e degli speziali nella storia del commercio fiorentino dei sec. XII e XV”.

Today, saffron maintains notable importance in gastronomic and pharmaceutical fields, although it does not still hold the great financial value of the past. Currently, Zafferano di San Gimignano is the object of a significant rediscovery in the two sectors mentioned above. In the production area, both the uses of the product and its processing are loyal and constant with regard to those consolidated through tradition. Many of the various steps are still carried out by hand, just like in the Middle Ages: selection of the bulbs, harvesting of flowers in the early-morning hours, cleaning, drying near the fire.

The product is used in the local cuisine and several typical specialities, also in combination with other typical products of the San Gimignano area, such as bread with vernaccia wine and saffron, and schiacciata with saffron. Some texts from the past, such as the “Libro della cocina” by Anonimo Toscano from the 14th century, reveal how the use of saffron was different from now. Saffron was the essential ingredient in dishes such as “i pestelli”, “la peverata”, “l’agliata”, “la porrata” and in some cheeses.

This lack of attention with regard to the use of saffron can be blamed, above all, on the upsetting of long-standing habits which, over the last few decades, has noticeably penalized traditional practices and products. Fortunately today there is an inversion of this tendency and life is being given back to various initiatives.

For years during the autumn, at the time of the cleaning of the crocus, there is a celebration which is “as yellow as gold” held in San Gimignano with the aim of attracting the attention of the public to the cultural aspects connected to the consumption of this typical product.

The area of production is limited exclusively to the Municipality of San Gimignano.