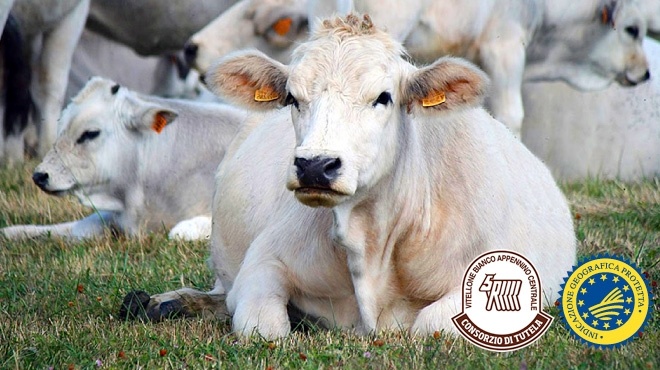 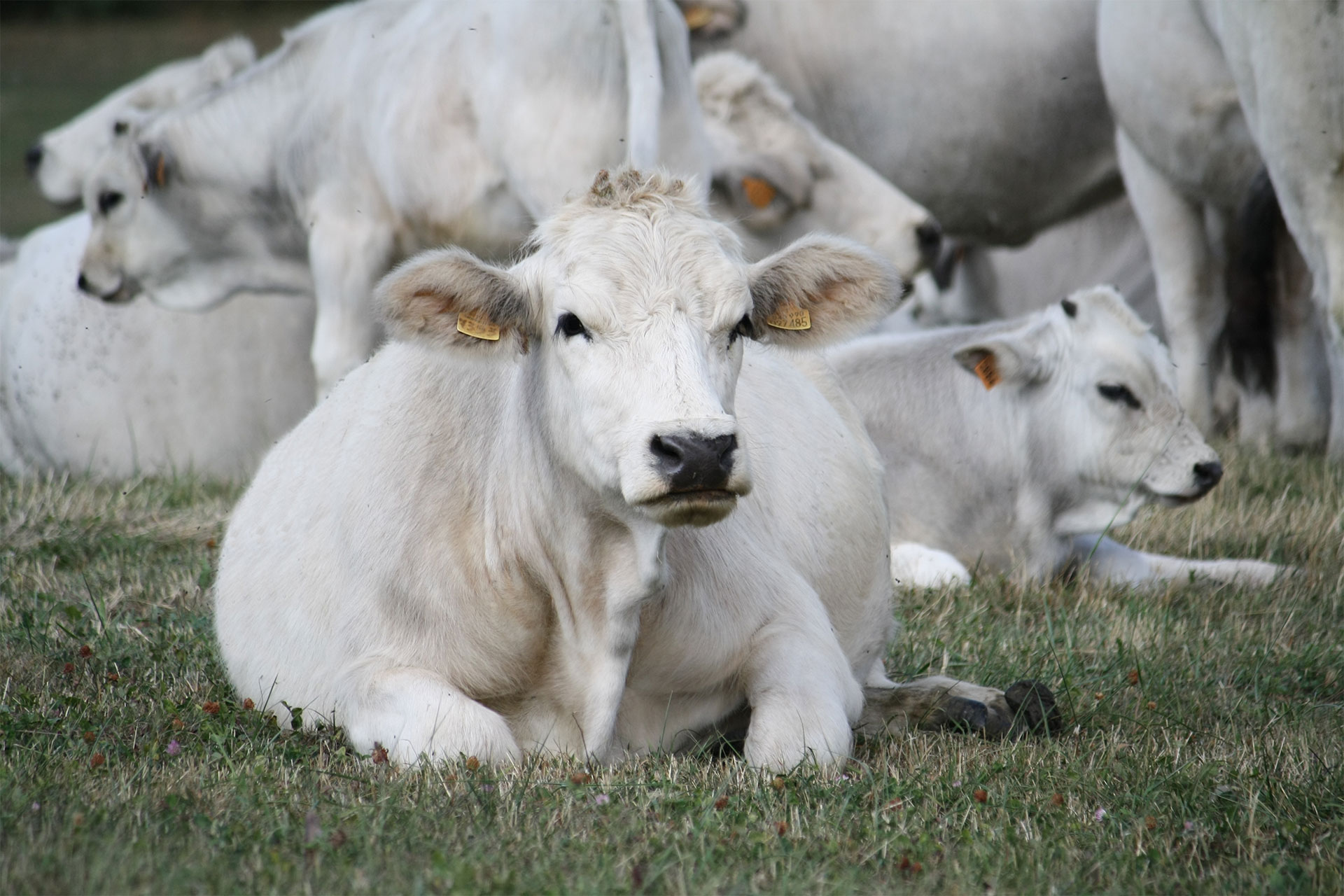 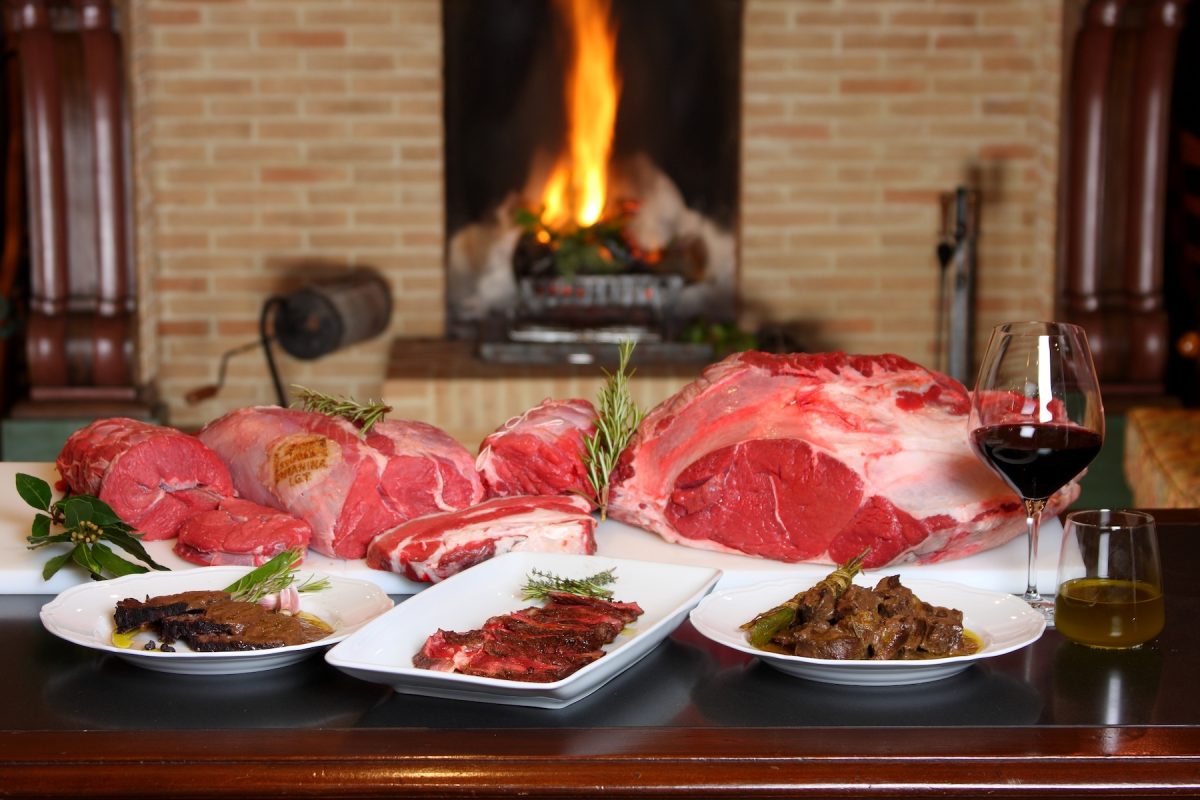 The term “toro bianco dell’Italia centrale” (white bull of central Italy) appears for the first time in Giunio Moderato Columella’s work De re rustica in the 1st century B.C. with obvious reference to the majestic white Chianina specimens of Etruria. This can be considered the first mention of the name, and over the centuries the current name has emerged in an extended form to include also two other autochthonous cattle breeds: Marchigiana and Romagnola. Indeed, there is ample bibliographic use of the term “Razze Bianche dell’Italia Centrale” or “dell’Appennino” with reference to animals of the Chianina, Marchigiana and Romagnola breeds.

The use of one common name is justified by the deep affinities and similarities of these three breeds of cattle, due to their common genetic origins and substantial homogeneity in breeding areas. The three breeds have significant common morphological characteristics, such as black apical colouring and a white coat which is dark buff colour at birth and for the animal’s first three months, and similar productive aspects, in particular with regard to precocity, growth characteristics, slaughtered yield, and excellent meat quality (lean, flavourful and low cholesterol content).

Chianina, Marchigiana and Romagnola also have an “agricultural” history in common: they reached the apex of their development during the era of sharecropping, taking shape on the typical sharecropped farms in the hilly areas of central Italy where they were first used to work the fields and then later, beginning in the mid-19th century, selected as specialised breeds for meat production.
Thus, with good reason and over the centuries, these three breeds have come to be considered almost as a single “type” of animal to the point of the coining of the term Vitellone Bianco dell’Appennino Centrale, a collective, common name that has entered into tradition.

The typicity of and high regard for Vitellone Bianco dell’Appennino Centrale meat is due to the combination of its genetic lineage, rearing methods and type of feeding. The systems employed can be pre-eminently traced to the traditional methods with the subjects in feed lots or semi-free range for fattening, and growth and fattening feed generally coming from the same production farm.
The small size of the farms has meant that recent feeding technologies have generally not been adopted, nor have new types of forage been employed with the aim of lowering costs; the cattle have maintained their role as utilisers and transformers of farm resources. Vitellone Bianco dell’Appennino Centrale meat is excellent when grilled, especially when a bit of extra virgin olive oil is added after cooking.

The meat obtained in this way is highly appreciated both in the many traditional dishes (peposo, stracotto, francesina) and for cooking traditional grilled “bistecca alla fiorentina”.