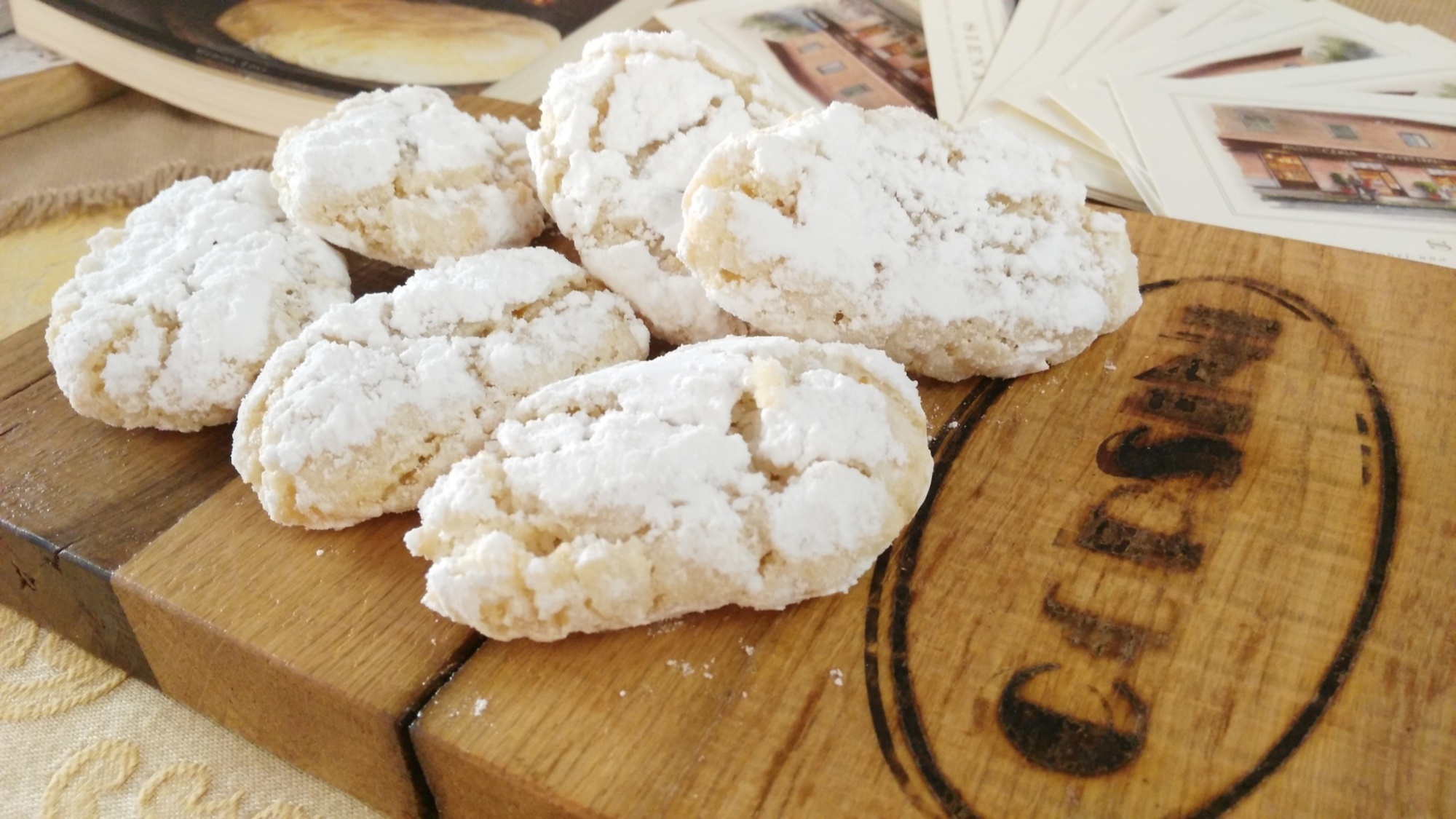 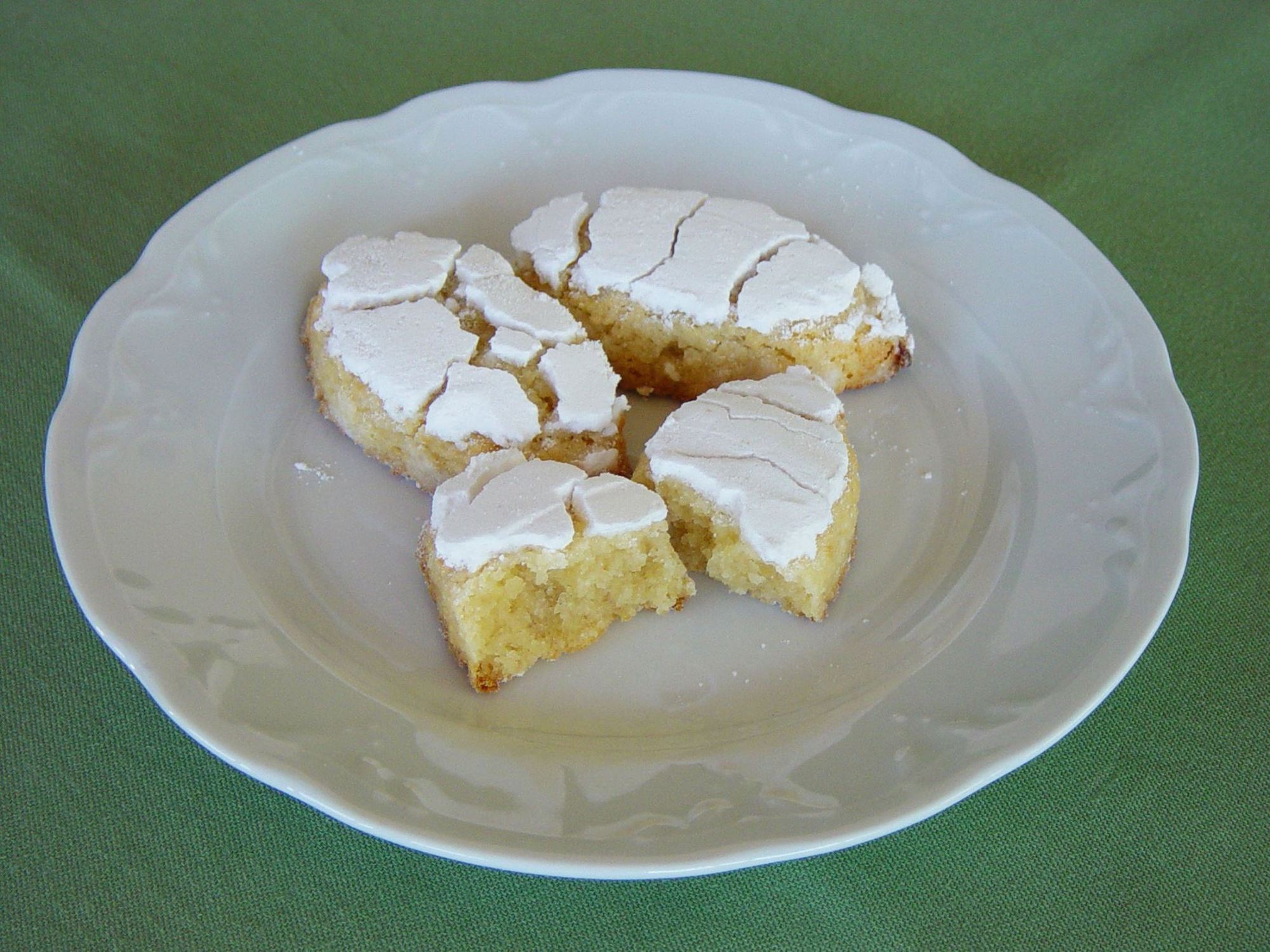 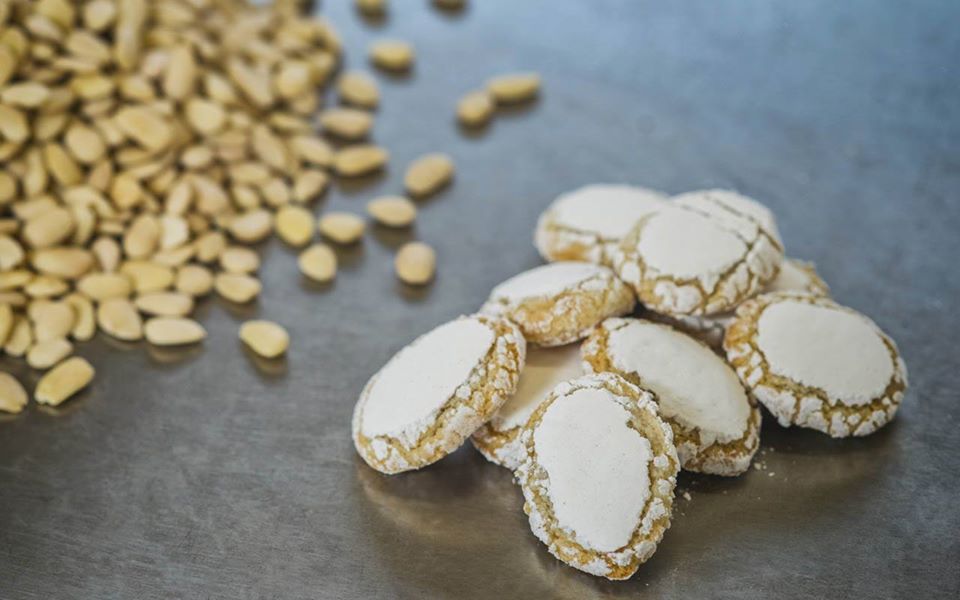 The origin of the name “Ricciarelli” is uncertain. According to legend it is linked with the nobleman Ricciardetto della Gherardesca who brought the recipe back from the Crusades. For others, the term Ricciarelli can be attributed to their slightly ruffled appearance. However, there is no doubt that they are the direct descendants of the highly acclaimed “marzapane” and the popular Siena “marzipanetti”, which were widespread since the 1400s on the most sumptuous tables in Italy and France. There are documents that prove the predominance of Siena marzipan at various wedding banquets such as that of Costanzo Sforza and Camilla d’Aragona (1475), of Caterina Sforza and Girolamo Riario (1477) or at banquets for delegations, such as that of Cardinal Borghese and the Duke of Feria when visiting the Pope (1477). Amongst fifteenth century deeds in the Estense family archives, the Siena marzipan is often remembered with praise. In Siena, in 1536, during Charles V’s visit to the Tuscan city, one hundred marzipans were offered. We also learn from some seventeenth century deeds regarding administrative activities of the University of Siena, that upon graduating it was customary to give a gift to the Dean of “two bottles of wine and marzipan”. They have been mainly called “Ricciarelli” since the 1800s.

Pellegrino Artusi reproduces the recipe at no. 629 of La scienza in cucina e l’arte di mangiar bene (the science of cooking and the art of eating well, 1891, first edition) thus definitively consecrating the designation “Ricciarelli di Siena”. The Ricciarello Siena PGI is obtained from a mixture made with almonds, sugar, egg white, then baked in the oven.

They are shaped like an oval lozenge, the surface is white due to the icing sugar cover, with possible presence of slight cracking, while the edge is lightly browned. Inside is a light golden beige colour. The taste and smell are typical of almond paste.

The area of production and packaging of “Ricciarelli di Siena” includes the entire administrative territory of the Province of Siena. 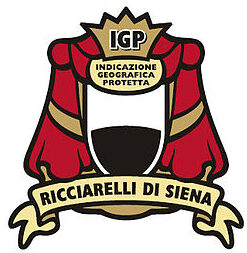 The area of production and packaging of “Ricciarelli di Siena” includes the entire administrative territory of the Province of Siena.