In Tuscany, the art of curing pork was established in the Middle Ages when guilds or “Arts”, true regulating bodies, were set up. Laws regarding the butchering of hogs and curing of meat already existed during the time of Charlemagne, but it was around the 15th century when the entire production process of Prosciutto Toscano, from the raising of livestock to the distribution of the product, was regulated.
In this sector, Tuscany has had a unique history and evolution due to the particular characteristics of pig-breeding and use of this species.
As a primary activity, specialisation took place in Tuscany: the raising of largely grazed sows to then give birth to piglets for fattening elsewhere. The degree of this phenomenon can be grasped through some simple data: 85-90% of the piglets born in a region which alone accounted for about 15-16% of all the sows present in Italy were destined for northern piggeries. Thus, the production of a fattened hog for family consumption soon took on an almost ritual quality, elevated to ceremonial status requiring that genuineness, flavour and savouriness of the finished product reached exceptional levels. Due to the original organoleptic characteristics of the product, hams and typical cured meats of rural production became well-known outside the familial context and eventually led to the development of small centres that maintained the same quality traditions of the original peasant product. Currently, the production of Prosciutto Toscano PDO requires the use of fresh pork hams from animals born, raised and slaughtered in Emilia Romagna, Lombardy, Marches, Umbria, Latium and Tuscany as set out by the production discipline. The production of Prosciutto Toscano includes the following phases: isolation of the hams and typical arch-shaped cutting; dry salting; washing and drying; application of fat and ageing. The finished product has a rounded shape with an arch-shaped end and normally weighs about 8-9 kg. When sliced, it has bright red to pale red flesh with little fat. It is extremely versatile and is suited to almost any occasion: as a snack, starter or even as a dish to stand alone. Chianti and Sangiovese wines are perfect accompaniments, but generally full-bodied red wines are suitable as well. 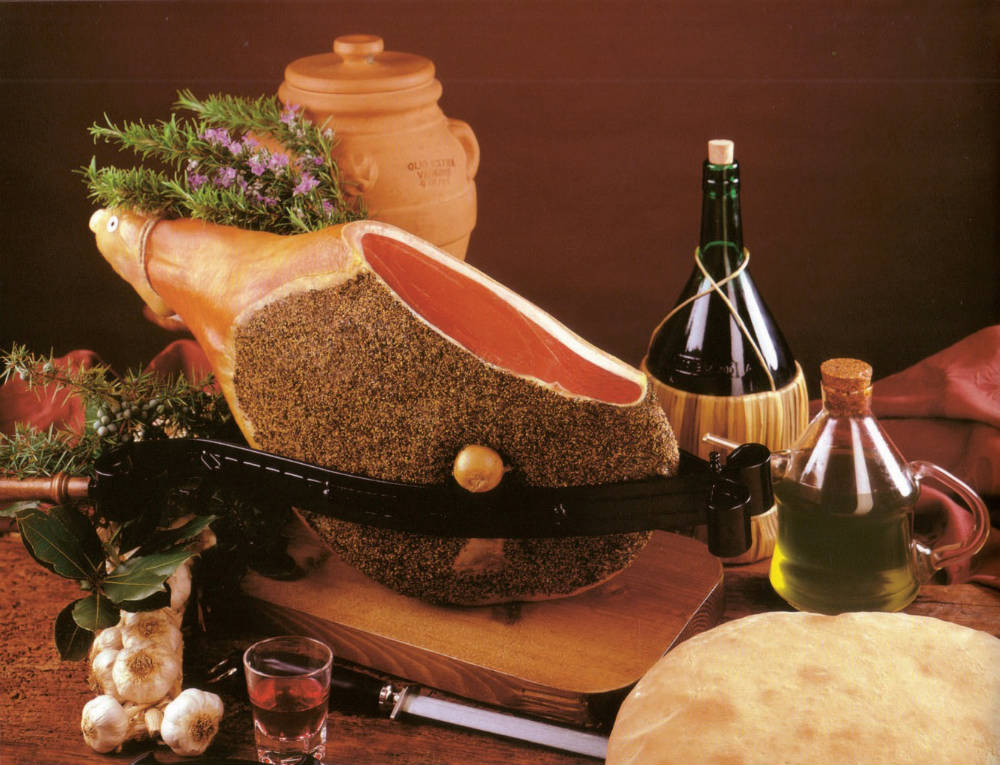 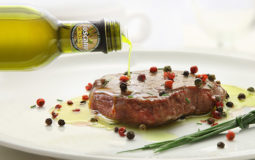 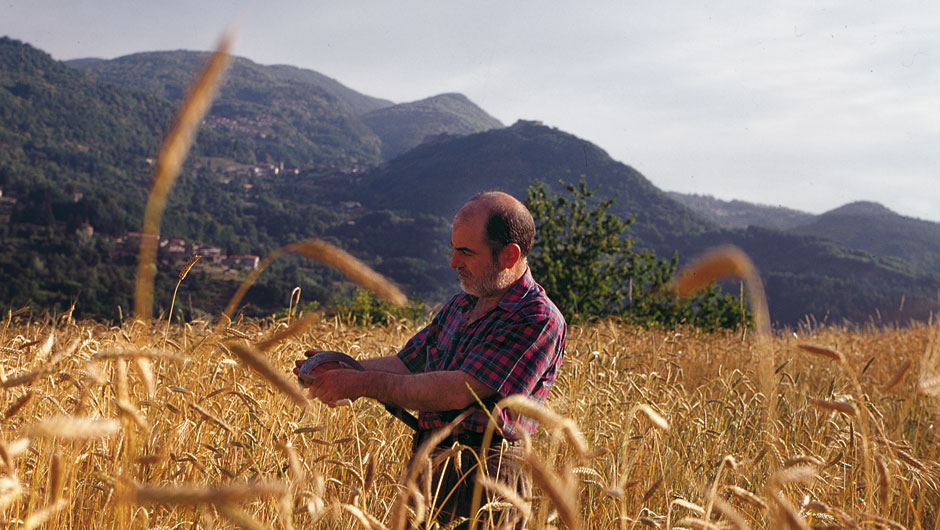