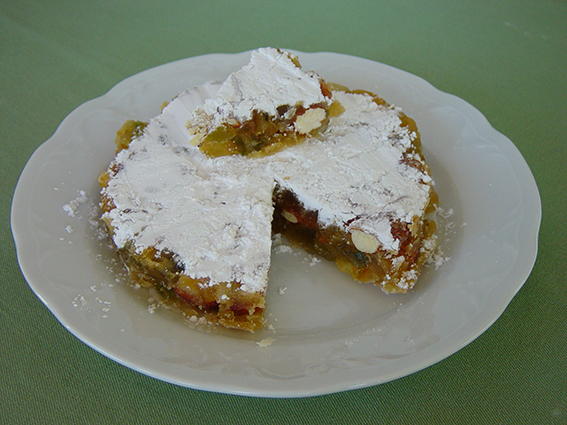 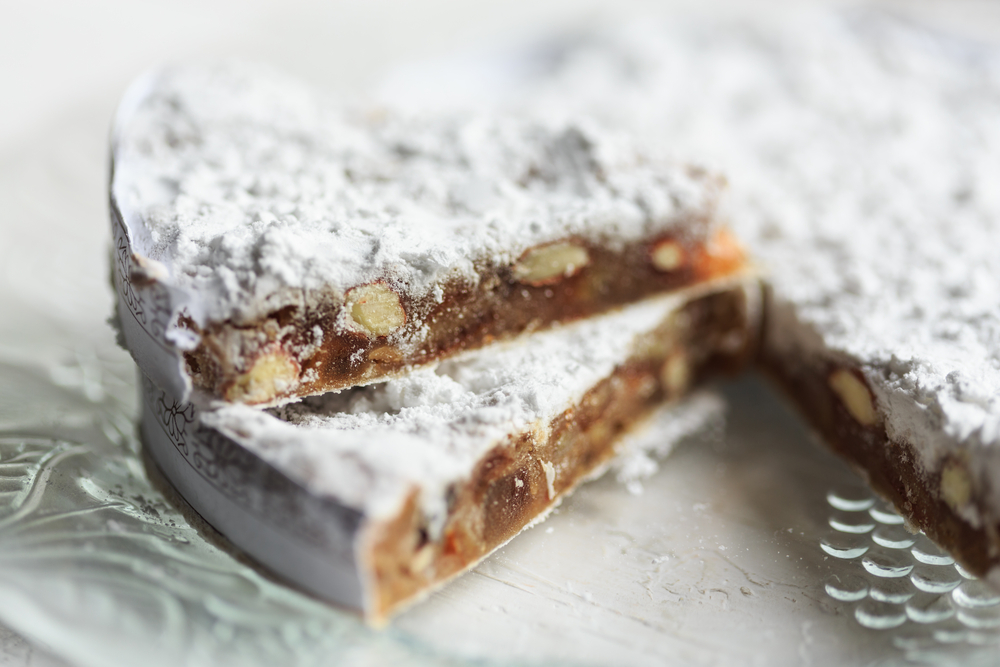 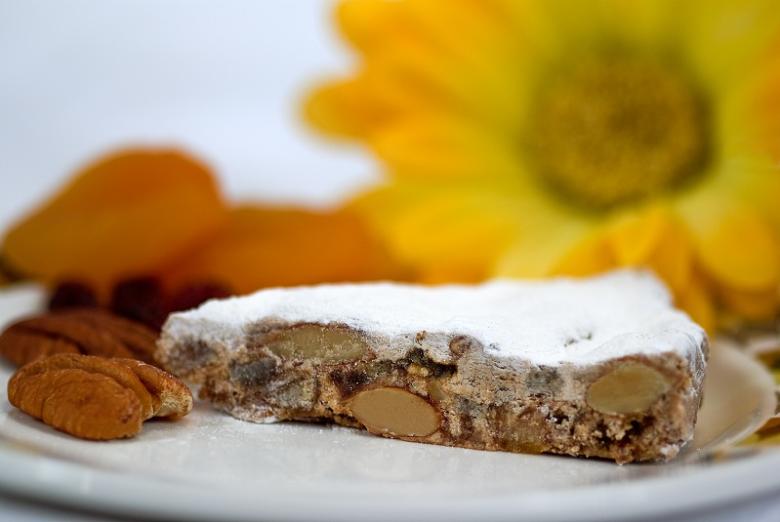 Symbolic of the Siena cuisine, the Panforte has a history whose origins date back to the Middle Ages. The forerunner was the “Pane Melatos”, a kind of flat bread with flour, water and figs, grapes and honey; rich and tasty when fresh, with time it tended to sour and take on a strong flavour, hence its name of “Panis Fortis “or Panforte.

The first official document which speaks of “panes melati et pepati” is a parchment at the Siena State Archives, dated 7 February 1205, where the product is mentioned among the gifts that servants and farmers were obliged to bring to the nuns of the Abbey of Montecelso, in the province of Siena. We find other mentions of the “Panforte di Siena” around 1280 in the Statute of the Corporation of bakers, but its fame is not noted until the 1400s.

Many documents of that era quote its presence on the menu of sumptuous banquets given by wealthy “signori” in every part of Italy and abroad. In a paper from 1383 in the Archives of Genoa, Panforte di Siena is indicated among the most renowned Italian desserts. In 1400 in Venice it was customary to eat the classic panforte during the most important and solemn occasions. Up to 1599 at least, the production of this sweet remained the exclusive domain of Apothecaries (Speziali). At the time there were only 12 of them in the city. By the early nineteenth century Panforte creation moved from pharmacies to the first factories opened in Siena.

The white version has a precise date of birth, 1879, when, in honour of Queen Margherita visiting Siena for the August Palio, the sweet was made for the first time with less spices and was covered with powdered sugar and renamed “panforte Margherita.” Its immediate success gave it an undisputed fame under the name of «panforte bianco» used to distinguish it from the traditional version or “panforte nero”.

Panforte di Siena PGI is round in shape if sold whole, cut into wedges if sold in pieces. The surface is uneven, white (“white” or “Margherita” version) through the layer of sugar, or brown (“black” version) through the mixture of spices that covers it. The consistency is doughy, the taste is sweet, with aftertaste of candied fruit, almonds and a hint of spice.

The area of production and packaging of “Panforte di Siena” includes the entire administrative territory of the Province of Siena.

The area of production and packaging of “Panforte di Siena” includes the entire administrative territory of the Province of Siena.