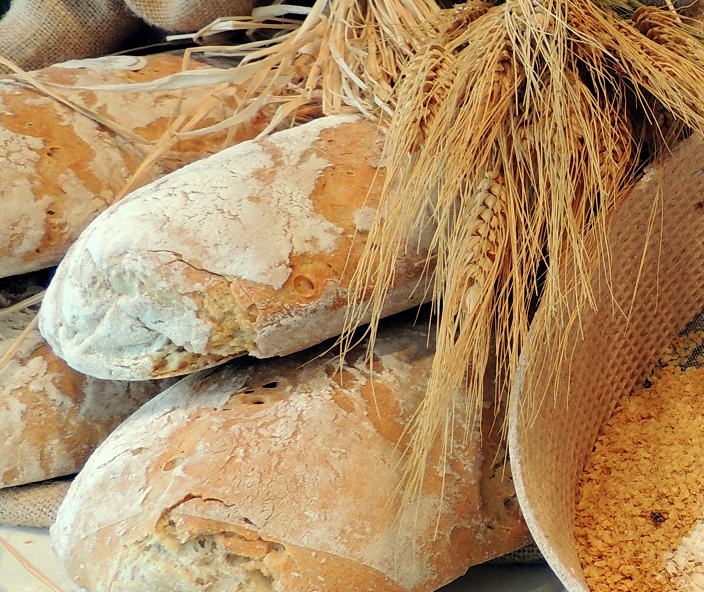 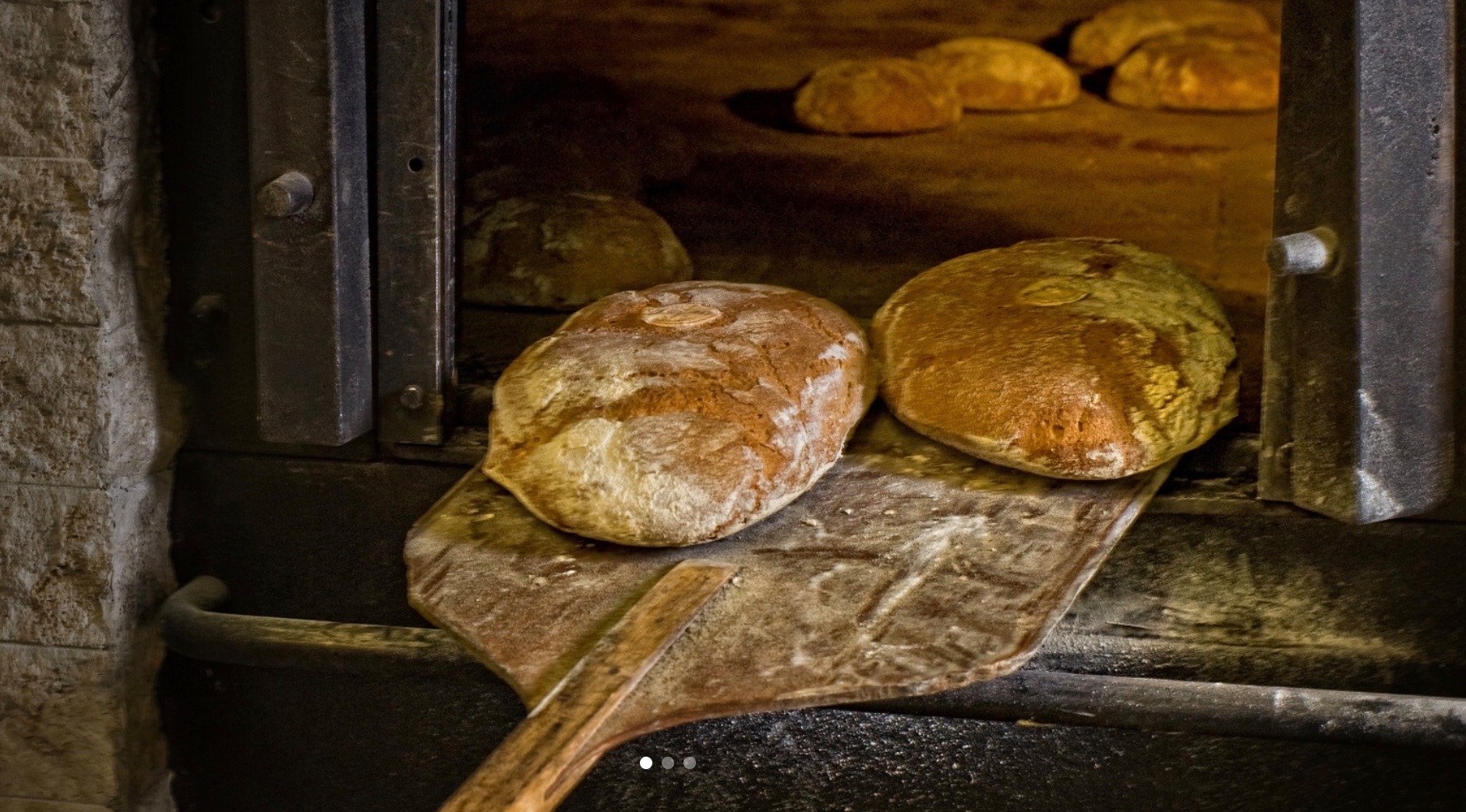 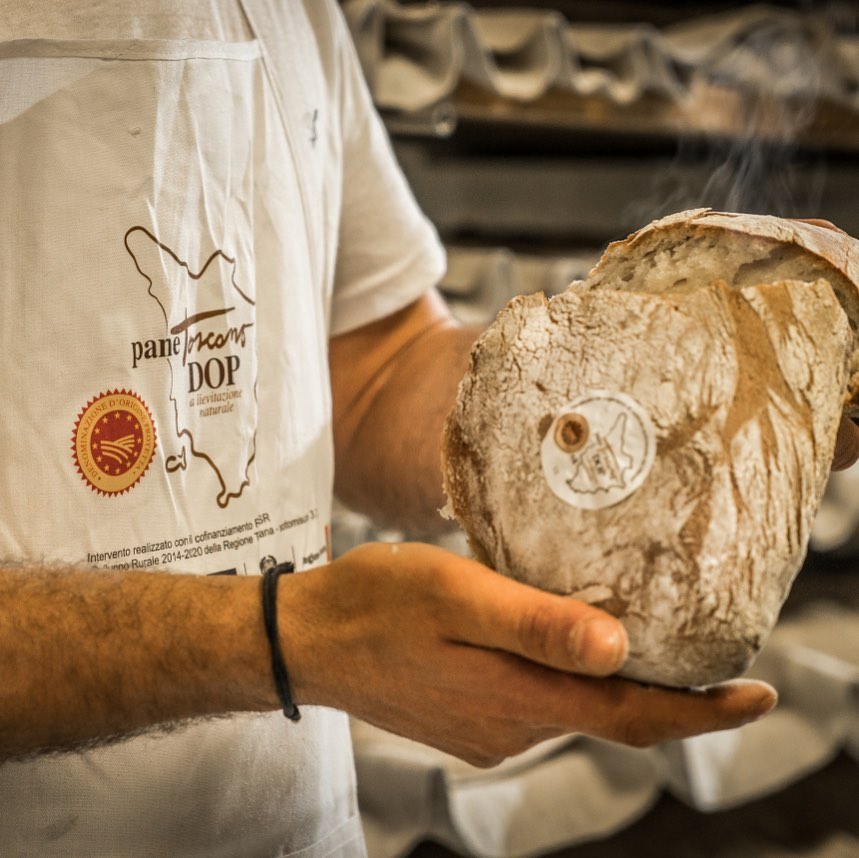 The very history of Tuscany has led to the emergence of a different bread to that normally produced in the other Italian regions, because Tuscan bread is without salt. This absence seems to go back to a historical dispute in the twelfth century, throughout Tuscany, between the then rival cities of Florence and Pisa. Besides the dispute it would seem to be a choice arising from salt’s high price and therefore intended primarily for storage of pork for the year. A first written record on the production of “sciocco” bread, that is without salt, was provided by Pierandrea Mattioli in the sixteenth century.
Subsequently, Manetti spoke of it and also referred to the use of yeast, in Tuscany “Formento”, made up of sour dough that was stored in the so called “madia” or “bread case”, as Leon Battista Alberti calls them in “De re aedeficatoria”, in the middle of the flour.

The wheat varieties used to produce flour for Tuscan bread derive largely from those that were the subject of study and genetic improvement in Valdichiana, since the beginning of 1900. These varieties when grown in Tuscany, offer those values suitable for rising with yeast sourdough thus determining the characteristic taste of the bread prepared without salt. Bread production took on an almost ritual symbolism, still partly preserved. If “placing the bread in the opposite way to cooking” was considered to be a lack of respect for a staple, it was grave sin, and still is, to throw away leftover bread. Hence, probably, the richness of popular recipes related
to the use of stale bread: the panzanella, already known in the 1500s, the panata, a soup known since the fourteenth century, the ribollita, the acqua cotta, pappa col pomodoro, bruschetta or garlic bread, the black cabbage soup to name a few.

The «Pane Toscano» has an aroma of toasted hazelnuts, unsalted and slightly sour flavour of the inside, with a white or ivory-white, uneven, crunchy crust. Proper raising preserves it for a far greater period than today’s bread, plus it has a high nutritional value due both to its high digestibility, related to the use of a low-glutenour mixture and the nutrient supply of its wheat germ (not added), and from the historical absence of salt among the ingredients.

The area of provenance of the wheat, our and the yeast, of production and packaging of «Pane Toscano» PDO includes the entire administrative territory of the Tuscany Region.