Many historical references exist which attest to the ties of this product to its territory through time, such as the importance and specialisation of beekeeping in the Lunigiana area, the use of honey in typical and traditional local recipes throughout the centuries, the use of other products from beekeeping activities as medicines and in the local fabrication of candles.
Lunigiana is an environment with a vocation for apiculture due to its low degree of anthropic presence and very limited industrial development, thus preserving its natural components.
The Miele della Lunigiana PDO has been established for two types of honey: honey from acacia flowers (miele di acacia) and from chestnut flowers (miele di castagno).
Miele di acacia is liquid and clear and remains so during the entire marketing period. It can later appear cloudy due to the formation of crystals, but it does not crystallize completely. It is light in colour: from nearly colourless to straw-coloured. It has a light, not very lasting smell which is fruity, sweet and similar to that of the flowers. As for the taste, it is clearly sweet, with slight acidity and no bitterness. It has a delicate, typically vanilla aroma which is not very lasting and lacking of aftertaste. Due to its water content, it is always viscous in consistency.
Miele di castagno remains in the liquid state for some time, and thus during marketing it is in this form. However, partial crystallization can occur much later. It is dark amber coloured, often with reddish tones. It has a strong, penetrating smell. The taste is lasting with bitter components which can be more or less accentuated; its aftertaste is similar to that of its smell.
Apiculture has spread in the area, as can be noted from the required registration of hives (as set out by L. R. no. 69/95): 225 beehives and 4324 apiaries for an annual production of more than 100 tons. The Lunigiana area permits, due to a nearly complete absence of polluting substances, a favourable succession of flowering as well as honey production with qualitative characteristics which are above the national averages thanks to the presence of particularly suitable and valuable plants. The considerable frequency of acacia and chestnut trees in the area yields honey with particularly accentuated purity, which is then highlighted by the traditional extraction, elaboration and packaging processes. The purity of its aromas and conformity to standards of flavour are constant characteristics of Miele della Lunigiana, qualities which have been consolidated over time 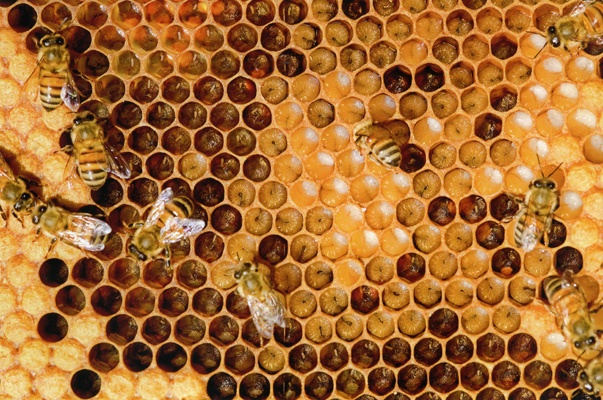