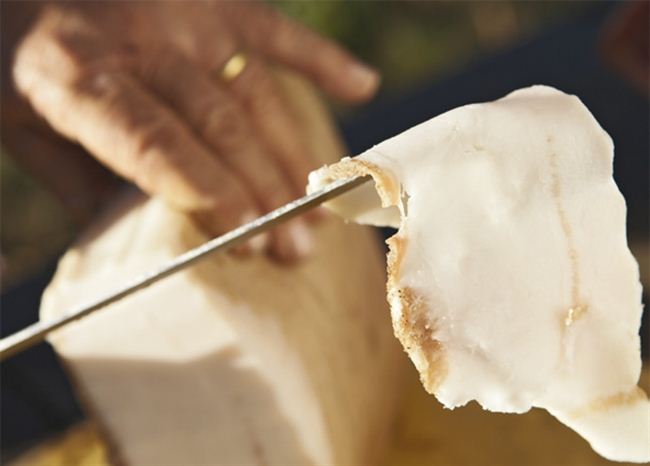 According to some, Colonnata takes its name from the presence of a colony of slaves working in the marble quarries for the Romans. It is not to be excluded that the introduction in the area of methods for the conservation of pork dates back to the period of Roman domination. However, it is known that the Romans were well aware of the important role played by lard in the diet of those subjected to hard physical labour. The Roman Legionnaires received, as is documented in the Giustinian Code, a ration of lard every three days. The exceptional quality of the materials found in the area, for example objects from daily life such as the mortar and pestle used for salt and the piles of marble (locally called “conche”) where the lard is preserved, favoured its production. Generally, historical sources tell us that also during the Longobard period the processing of pork received important input. While it is difficult to establish with certainty whether the local tradition of preserving lard in marble conche has its origins in the Celtic, Roman, Longobard or “commune” periods, it is surely an ancient and consolidated tradition. This is demonstrated by the fact, among others, that there are marble conche in the village for ageing lard which belong to the 17th, 18th and 19th centuries. It is also noteworthy that on the façade of some buildings, there are 19th century bas-reliefs of S. Antonio Abate, a 3rd-4th century hermit, who since the 11th century has been considered the healer of “fuoco sacro” or “fuoco di S. Antonio” the common name for herpes zoster. Applications of lard onto the afflicted skin has for centuries been considered the only efficacious remedy. For this reason, the saint is frequently refigured with a pig at his side. Moreover, interestingly the parish church is dedicated to S. Bartholomew, the patron saint of butchers, and the yearly remembrance of the saint’s day is celebrated with a lard festival which attracts visitors and enthusiasts from Italy and beyond. The production, consumption and, by extension, culture of Lardo di Colonnata has always been connected to the work and life of the quarrymen.
To make Lardo di Colonnata, the cuts of pork which are used are those of the fatty tissue from the animal’s back stretching from the occipital region to the rump and laterally to the belly. The main characteristics of the product are its indicative rectangular shape, a thickness of not less than 3 cm, an external aspect distinguished by the rind below and seasoning salt darkened by aromatic plants and spices above; a thin strip of lean meat may also be present. The product has a damp appearance, a homogeneous and soft consistency, and a white, slightly pink or vaguely brownish colour. It is fragrant and rich of aroma, the taste is delicate and fresh, almost sweet, and can be slightly salty if it comes from the rump region; aromatic herbs and spices used in the processing are also present. 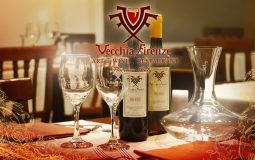