The cultivation area for Fagiolo di Sorana extends over about 660 Ha along both sides of the Pescia di Pontito stream for about 4.5 km, among the villages of Stiappa, Castelvecchio and Sorana in the province of Pistoia. The area, situated at elevations between 220 and 750 metres above sea level, is called “Valleriana”, a place-name which according to some scholars means “area rich in streams”.
Beans arrived from America along with corn and, different from the potato and tomato, were immediately accepted without suspicion or prejudice; a summer crop that needed the care typical of other vegetables, especially plenty of water. In Tuscany, cultivation of beans spread widely as a suitable means to more profitably exploit the “new lands”, drained areas available for irrigated cultivation in the 16th and 17th centuries. In the area of Sorana, the bean was the typical product of strips of land only several hectares in size along stream beds or between ditches and hillocks, protected from flooding by stone walls and canals.
The notoriety of the Fagiolo di Sorana can be documented from the time of the composer Gioacchino Rossini who knew and appreciated these beans: in a letter to his friend, maestro Giovanni Pacini from Pescia, Rossini specifically asked for the rare and highly regarded legume as payment for revision of some musical scores. Beginning from the time of Napoleon, during the 19th century, paper factories and farmers moved into the area and the workers, together with those who still worked the fields full time, dedicated themselves to raising crops that were compatible with their new occupation: and among these, beans.
The white Fagiolo di Sorana can be distinguished by its thin, almost non-existent seed-coat which does not separate during cooking. It is smaller than other cannellino varieties and has a flattened shaped; in fact locally it is called “piattellino”. It is pearly white with reddish veins and tones. When cooked, the beans become like a puree, very flavourful and easy to digest.
The particular consistency of the seed-coat of Fagiolo di Sorana is due, in large part, to the pedo-climatic peculiarities of the cultivation area. This zone, especially in its central section along the river, called “ghiareti”, is characterised by an elevated amount of precipitation (about 1850 mm, 600 mm more than that of the nearby town of Pescia) and a high percentage of air humidity; the surface water, which is very abundant, has a low level of hardness (< 10° F) and alkalinity; the content of calcium, magnesium, sulphate and chloride ions is noticeably lower than the average in other areas in the province of Pistoia. Fagioli di Sorana are excellent when boiled and dressed with good-quality extra virgin olive oil, salt and pepper. It is necessary to soak the beans for some hours in fresh water before cooking slowly with a few leaves of sage, a clove of garlic and a bit of extra virgin olive oil. 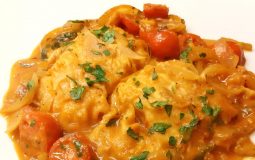