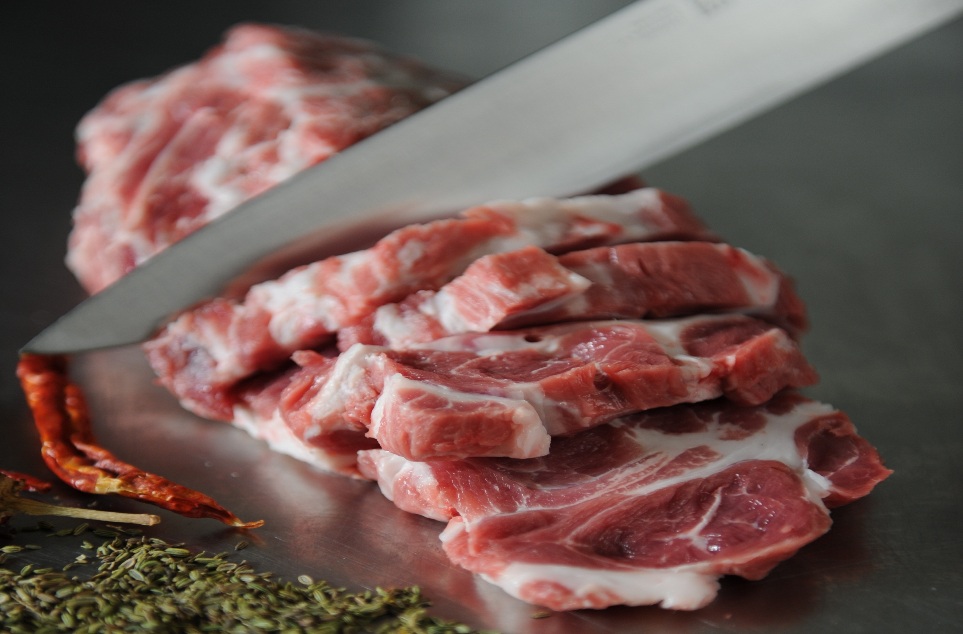 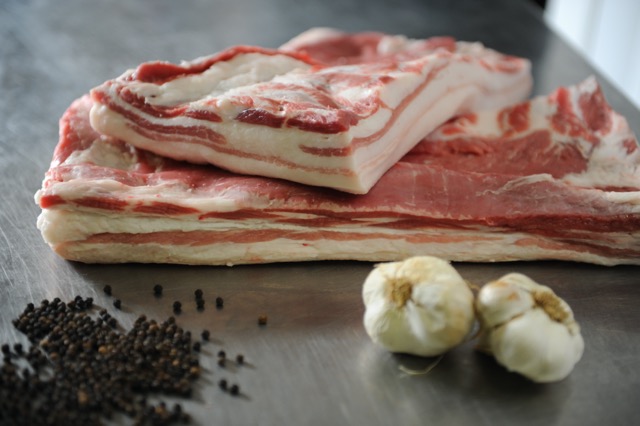 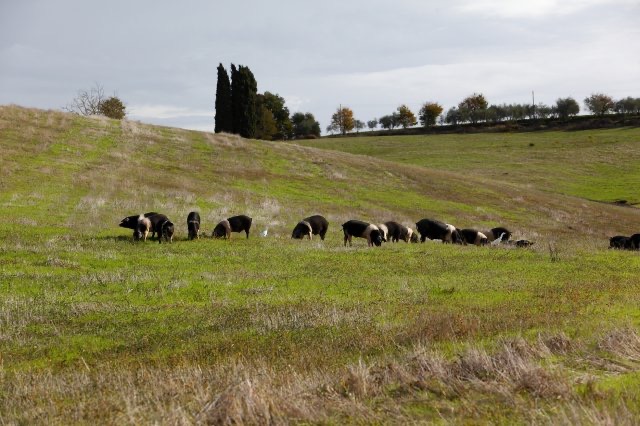 Cinta Senese is the meat obtained from pigs reared in the wild or semi-wild state and fed mainly through grazing, throughout the Tuscan territory, where the ancient breed has been preserved to this day having avoided its extinction thanks to a public programme at the end of the 70s, which has helped its recovery and enhancement by spreading it throughout Tuscany and preserving the traditional breeding, resulting in a meat whose reputation is known worldwide. It has ancient origins in Tuscany testified by famous works, “Effects of Good Government” (1338-40) by Ambrogio Lorenzetti, in the town hall of Siena and frescoes in the “Cappella di Casanuova di Ama” (1596). The characteristics of the homonymous race are black skin and slightly thick bristles, and a telling pinkish white band encircling the chest, shoulders, withers and forelimbs. It is well suited to grazing being of a medium size, with long and thin snout, small ears angled forward and a little downward, to cover their eyes against brambles and weeds.

Their rearing consists in “grazing” the animals that mainly feed on what comes from grazing in the forest and/or bare land sown with forage and cereals. This allows a significant reduction in health problems, lack of stress, and determines positive compositional, bromatological and quality features of the meat that is characterised by a greater intramuscular fat content; furthermore, the grazing influences a greater positive water retention capacity when cooking or in processed products. The grazing also influences the composition of unsaturated fatty acids, favouring a greater amount of oleic acid, the precursor of aromas favourable to the organoleptic characteristics of the meat, and a lower percentage of linoleic acid, excessive amounts of which lead to a deterioration of the product’s quality.

The Cinta Senese meat is particularly tasty, tender and juicy, bright pink or red in colour, whose organoleptic characteristics are positively influenced by a greater amount of oleic acid and by feeding on the typical plants in the Tuscan woods and pastures. Marketed in different cuts, it is widely used from ragout to roasts, but finds its main use in traditional Tuscan delicacies such as Finocchiona, Tuscan salami, capocollo, rigatino and many others.

Cinta Senese meat is obtained from farms throughout the Tuscan territory up to an altitude of 1,200 meters above sea level, beyond which altitude the environmental conditions are unfavourable for breeding.

Cinta Senese meat is obtained from farms throughout the Tuscan territory up to an altitude of 1,200 meters above sea level.