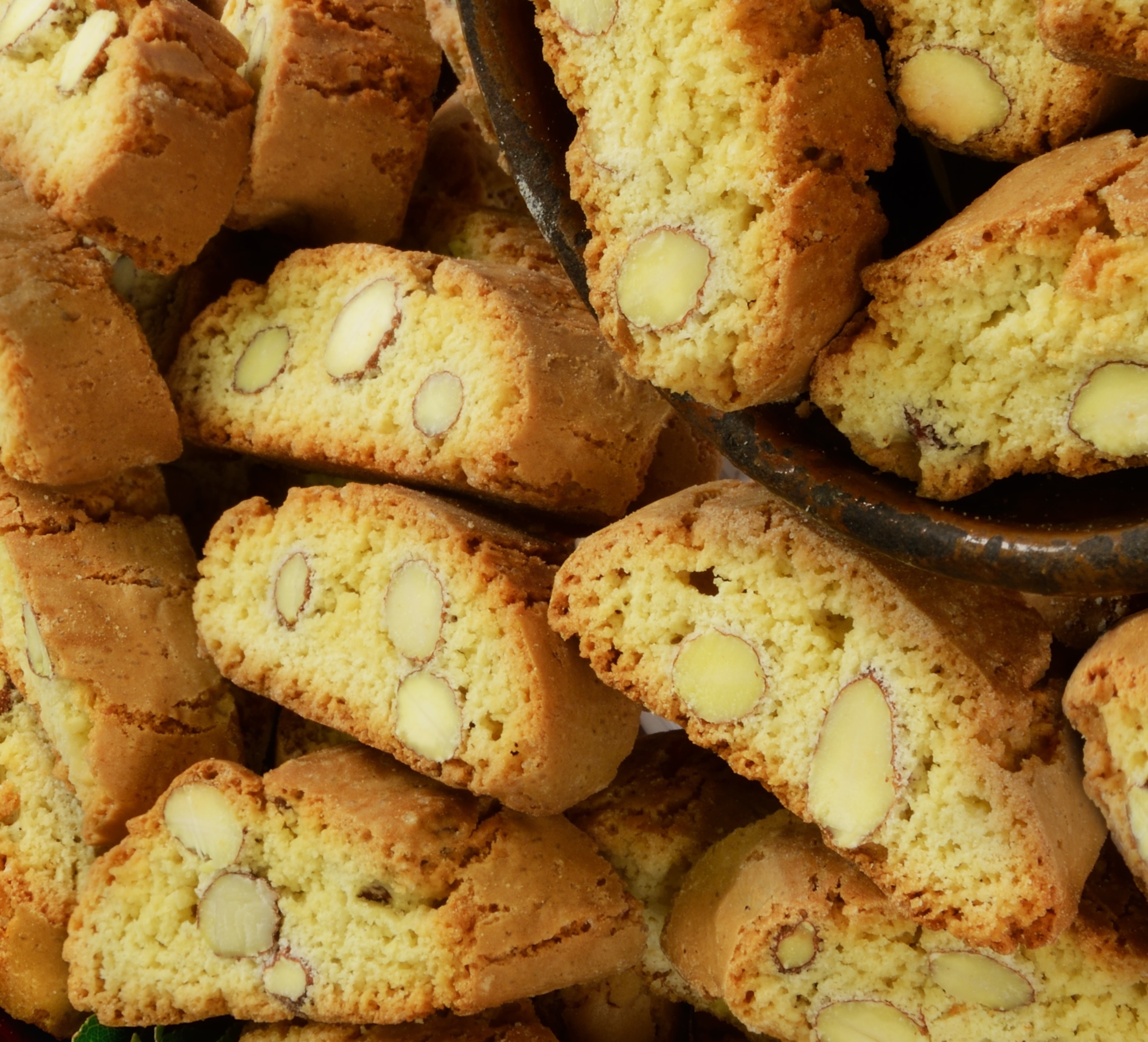 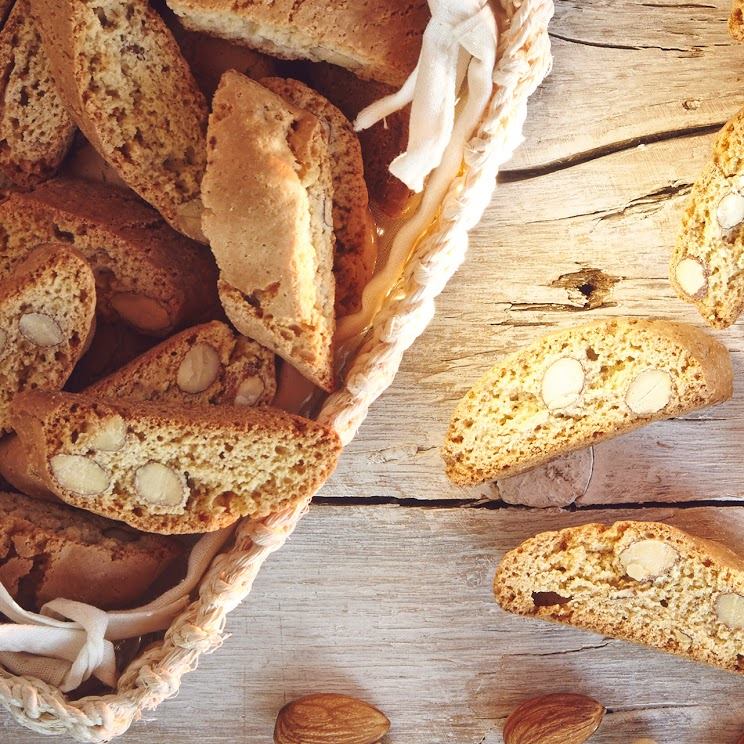 The dough to make Cantuccini Toscani PGI requires the use of wheat flour, whole natural sweet almonds (they must not be peeled), eggs, butter, granulated sugar and wildflower honey. The ingredients are processed to obtain a homogeneous mixture which is then shaped into “strands” on baking trays and brushed with a mixture of water, eggs and sweetening agents: this helps to give the product its characteristic golden colour.

After baking in the oven, which takes place at a temperature of 100-300° C for up to 40 minutes, the product is cut to form its distinctive shape.

The Cantuccini Toscani IGP have a maximum weight of 15 g per piece and their dimensions do not exceed 10 cm in length, 3 cm in height and 2.8 cm in width. The texture is slightly crunchy and crumbly, and thanks to the butter, they melt in the mouth.

Historically, the name “cantuccio” or “cantuccino” appeared for the first time in 1691, in the third edition of the dictionary of the Accademia della Crusca, which called it a ‘Sliced biscuit, of fine flour, with sugar and egg white’. This typical biscuit was clearly related to the Tuscan territory as Francesco Redi, in numerous exchanges of letters from Pisa, used to accompany his letters with some cantucci which were found in precisely this part of Tuscany, as well as referring to them in his ‘Libro de’ ricordi’, (book of memories) which covers the years from 1647 to 1697. In the second half of the 19th century, Marco Ferri’s recipe highlights the presence of almonds in these biscuits. In the early 20th century, thanks to the increasingly large-scale production by the numerous bakeries, they became a speciality known even outside the regional borders. This typical Tuscan biscuit, often the protagonist of trade fairs, is also much loved abroad.

They are fantastic dessert biscuits to dip in liqueur wines at the end of a meal. Today, Cantucci Toscani IGP are also the protagonists of new eating trends, to be enjoyed with tea or coffee, at any time of the day. 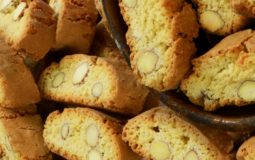 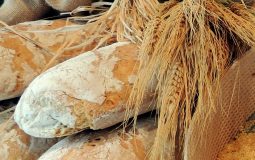 The very history of Tuscany has led to the emergence... 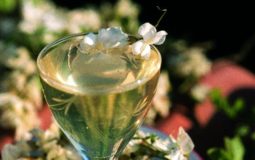 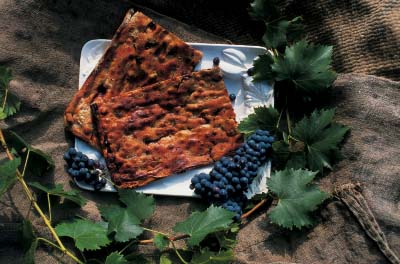 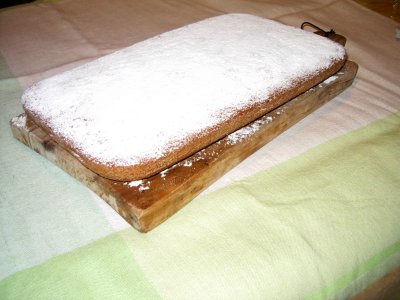