The Truffles around Pisa 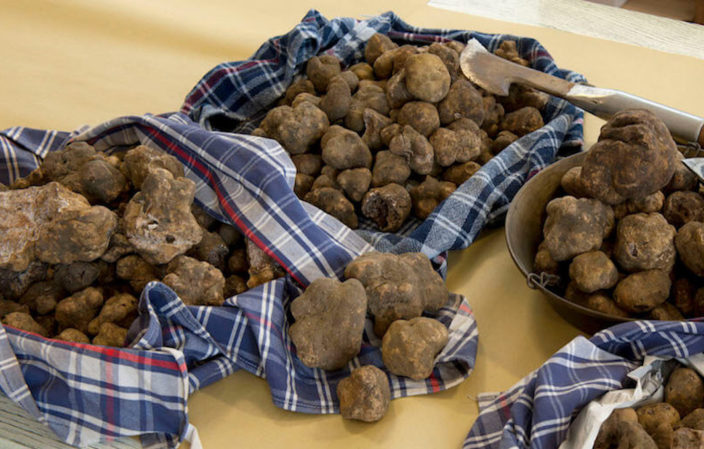 If we talk about the truffles in the province of Pisa we immediately think of San Miniato and its National White Truffle Market Fair. This town in the Pisan hills has always been known for this extremely important event, promoting its most famous local product. In the last three weekends of November, San Miniato heaves with local producers who show off their wares, and chefs who have forged careers with this ingredient, so important from a nutritional point of view. All the town comes together to revive this ancient connection with the land: the truffle is celebrated, its story is told, and there is no lack of supporting initiatives.

It is not only San Miniato that lives by the truffle. Nearby hamlets of Corazzano, Palaia, Ponte a Egola, as well as Palaia, Castelfranco di Sotto and Volterra itself organise festivals, sagre, and tastings in honour of this high-in-protein jewel, in which the lands around Pisa abound. But its prestige also brings a lot of attention to the other typical produce of these little towns, introducing them to visitors who come primarily for the truffles. Gastronomic events are therefore scattered throughout the year, even if the majority of them take place in October and November.

WHERE TO EAT TRUFFLES IN THE PISAN SURROUNDINGS: