On the Path of the Pottery in the Terre di Pisa

A journey from the most artistically important centres, like San Miniato, to the little hilltowns such as Montopoli, Calcinaia and Fornacette 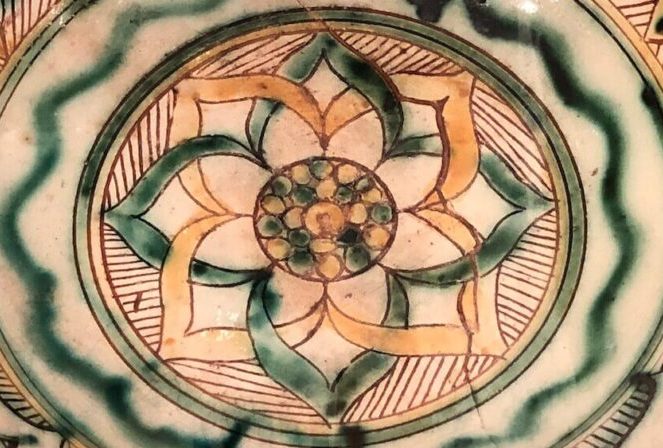 This ceramics trail will take us through Pisa’s most historically and artistically relevant neighbours, such as San Miniato, and through small hilltowns which have always been leaders in this noble and ancient craft. It is no coincidence that Montopoli, Calcinaia and Fornacette and others are found by the Arno, for when it comes to clayworking, water is an essential ingredient.

We start at the furnace of San Genesio, a centre of ceramic production since the Early Middle Ages, but one which has only lately come to light thanks to recent excavations. It is worth visiting the Museo Diocesano di Arte Sacra di San Miniato, where, apart from some important paintings by Florentine and Pisan masters from the sixteenth and seventeenth centuries, one can see a precious collection of medieval majolica. From San Miniato we follow the river to reach Montopoli in Val D’Arno, for a visit to the historical manufacturer Dante Milani. For about fifty years from the 1920s onwards, finely-decorated vases and plates spread to every corner of Italy and even beyond, universalising the name of this little town and its potters. After the closure of the Milani company, a number of former employees founded their own delivery enterprise, which helped keep alive the artistic tradition that they came from.

The next leg takes us the Museo Coccapani di Calcinaia, home to the history of one of the most important families in everyday crockery and chinaware, which were transported by river. The Coccapani moved from Montecchio to Calcinaia in the middle of the eighteenth century, having taken over as owners of the furnaces from the Carthusian monks. Their activities started in earnest at Calcinaia, installing a furnace that survived until the first decades of the twentieth century. In 2014 restoration on the building was finished, transforming it into a museum.

Having passed from the factory at San Giovanni Alla Vena, a hamlet in the municipality of Vicopisano, we suggest stopping to admire the ancient ceramic basins for which Pisan churches are famous, especially those on the façades of San Zeno and Sant’Andrea Forisportam, decorated with lozenges and oculi in faithful reproduction of original Islamic designs from the eleventh and twelfth centuries. The originals are on display at the Museo di San Matteo. Even the façades of the old thirteenth-century palazzi and fortified villas, which make the banks of the Arno banks as special as they are, house pieces of terracotta, half obliterated by continuous reworking. Continuing downriver, the journey finishes fifty kilometres later at San Piero a Grado, a Romanesque basilica embellished with tenth-century ceramic ornaments in simple geometric motifs, or which depict people boarding ships.