Against prejudice: eating Chinese in schools in the Arno Valley

It was an all-Chinese menu on 13 February in the 56 schools served by Qualita&Servizi, the public body that provides for the canteens in the municipalities of Sesto Fiorentino, Campi Bisenzio, Signa and Calenzano. More than seven thousand children were involved in the initiative, which was launched as a symbol of solidarity with the Chinese community, which has a strong presence in the four municipalities.  But it was also designed as a chance to discover, talk and interact with other cultures, in a bid to fight the prejudice and intolerance that has recently been seen in many parts of the country, and which threatens to indoctrinate children.

“We spent days thinking up an initiative that could take place in the schools,” says Filippo Fossati, the organisation’s administrator. “Our spur to action was the President of the Republic Sergio Mattarella’s visit to the Scuola Romana and the wonderful message of peace, fellowship and fraternity that that transmitted to the Chinese community.”

Antonio Ciappi, director general of the company, commented: “Qualità&Servizi has long been involved in diffusing values through the preparation and serving of meals, values which for us are indispensable: equality, respect for the environment and for the resources that the Earth gifts us. It was for this reason that we decided to take this action for the four municipalities that we work with, action that from the off was taken in tandem with the Chinese community. On Thursday the children found a special menu, with Cantonese rice, chicken with almonds and wok-fried vegetables.”

Children were also offered traditional chopsticks to eat with. Information material was distributed in the days leading up to the initiative. 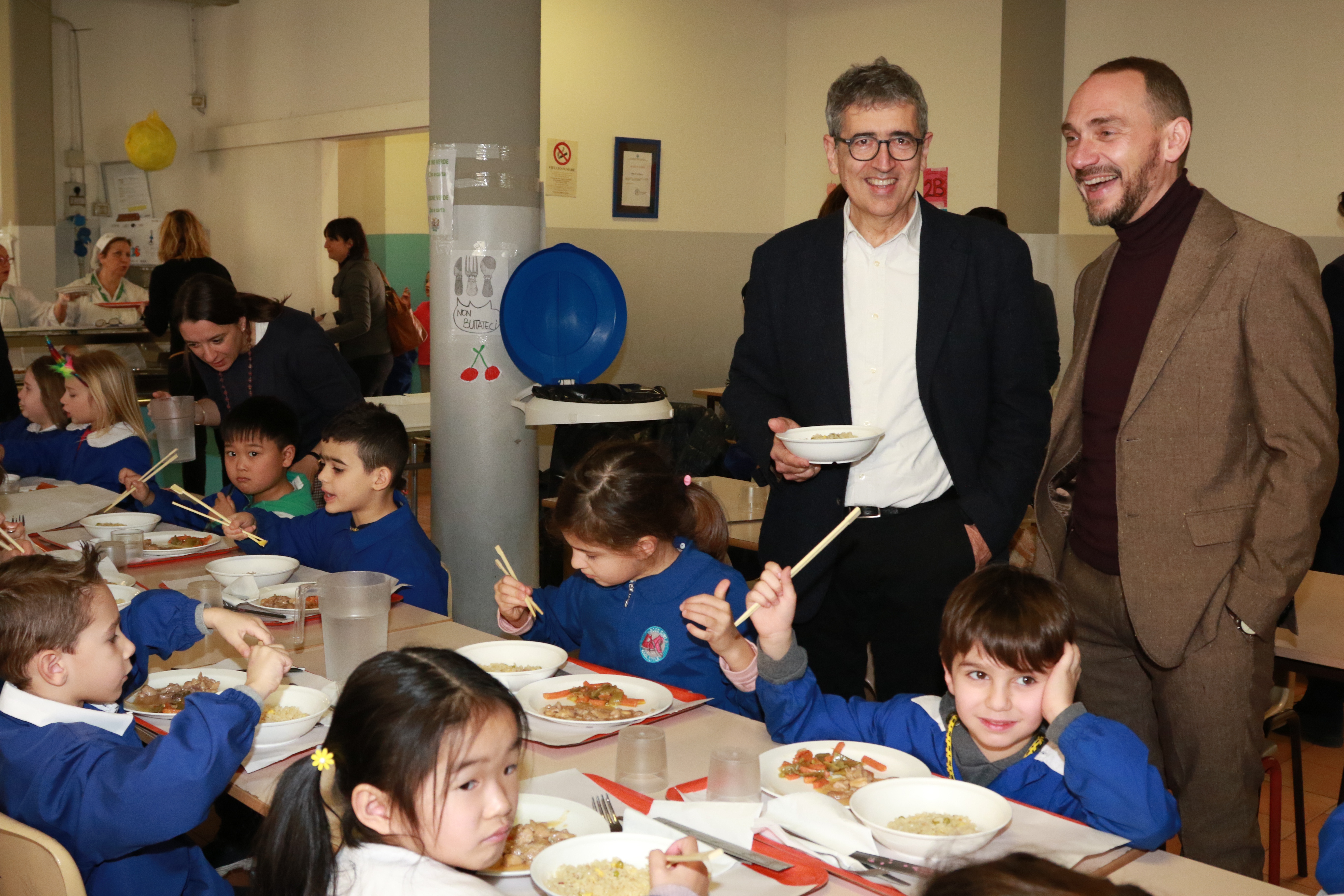