The programme, hosted by chef Alessandro Borghese and broadcast on Sky, presented the award to Maurizio Fazzuoli's restaurant in piazza Grande, a member of the Vetrina Toscana network

“4 Ristoranti”, the widely viewed television programme hosted by chef Alessandro Borghese and broadcast on Sky, named La Lancia d’Oro in Arezzo, a subscriber to the Vetrina Toscana network, as the best venue for medieval cuisine.

The touring programme’s itinerary included the city of Arezzo, where every alleyway swims with art and history, while the ancient walls, fortresses and majestic towers seem to take the observer back in time. In fact, in this very episode, Alessandro decided to look at the medieval traditions still alive in Tuscan cuisine. Arezzo has a great many traditional dishes that respect traditional preparation methods: just think of peposo, pig snout, the bean soups and the succulent balls of pig liver called fegatelli.

Maurizio (54) is the owner of the La Lancia d’Oro, which lies under the Logge Vasari in Arezzo’s Piazza Grande. The restaurant is old and known throughout the city, not least because it plays an important role in preparations for the so-called “Saracen’s Joust” (La Giostra del Saracino), a re-enactment of an episode in Aretine history; Maurizio lays on banquets and themed evenings for the event. La Lancia d’Oro’s cuisine is traditional, but a few of its dishes show innovative use of modern techniques, with a great emphasis on presentation. Inside, the restaurant’s walls are white and green, with tables and climbing plants under the loggia. Period furniture and preparation complete a charming, fairytale ambience.

ALESSANDRO BORGHESE 4 RISTORANTI airs every Thursday at 21:15 on Sky Uno (Channel 108, digital terrestrial channel 455), and is also available on demand. It can be watched on Sky Go, on smartphones, tablets and PCs in all EU member states, and can be streamed on NOW TV. 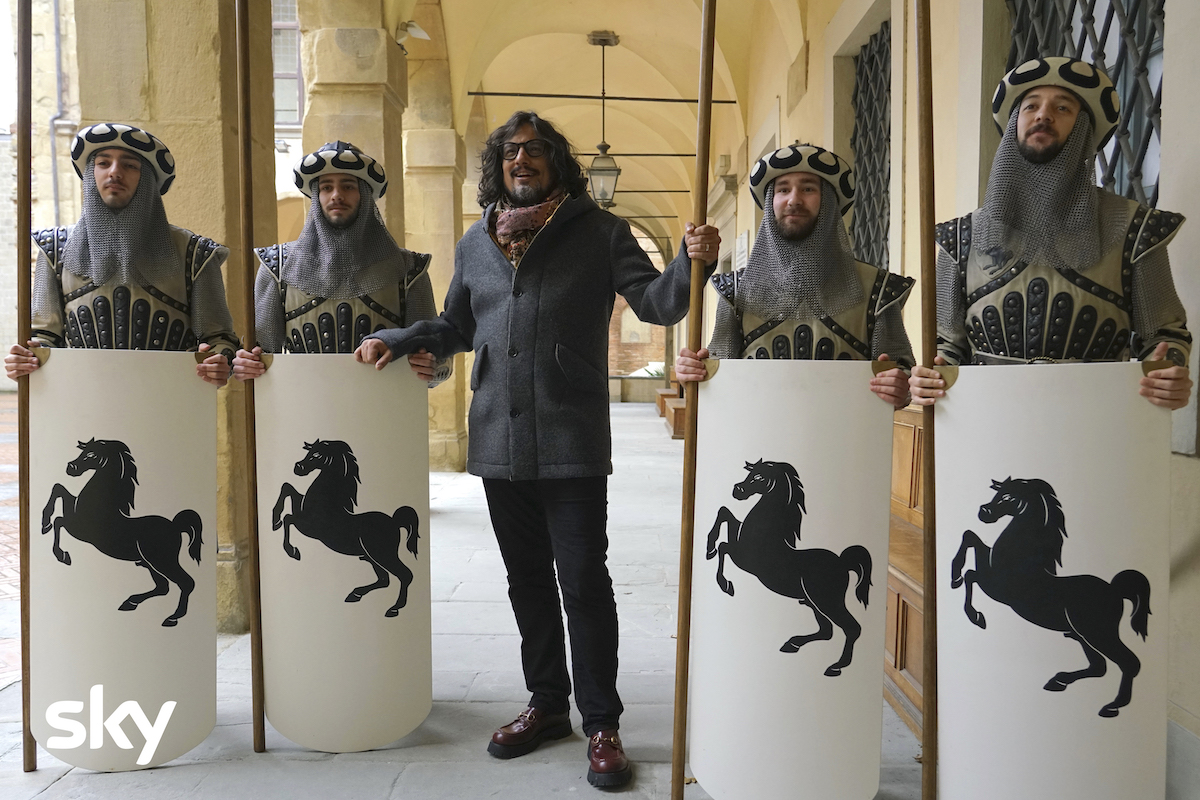